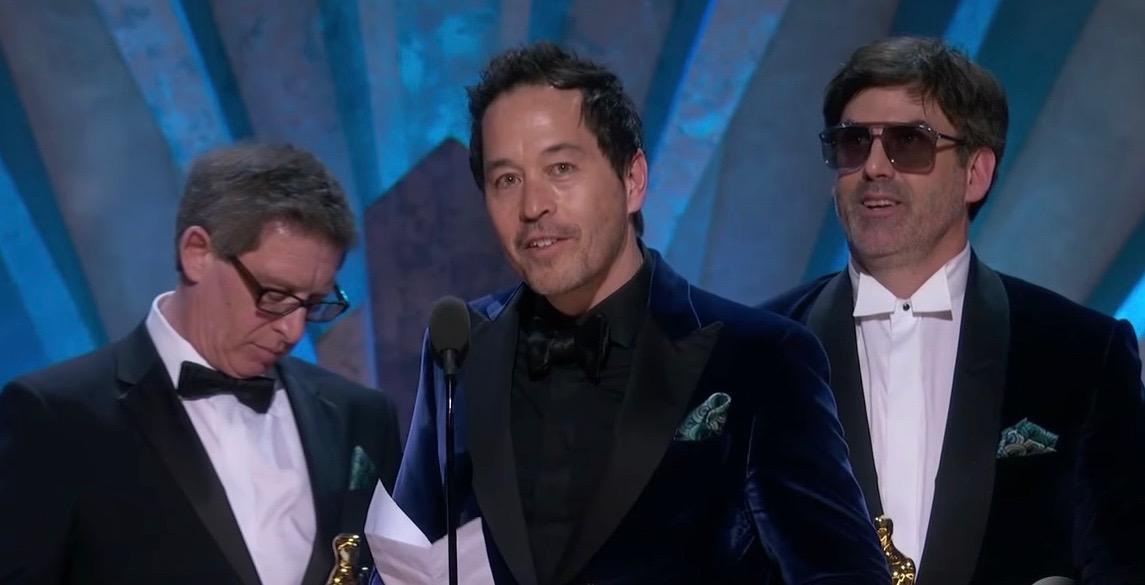 It was a star-studded affair at the 90th Academy Awards Sunday evening at the Dolby Theatre in Los Angeles.

And while Canada didn’t have a huge presence on the red carpet and on stage, (seriously, where were the Ryans and Rachel McAdams?), Toronto still managed to bring home some hardware and receive some serious recognition at Hollywood’s biggest night.

Canada’s own Paul Austerberry, Jeffrey A. Melvin and Shane Vieau won an Oscar for best production design for their work on The Shape of Water, which was filmed in Toronto and Hamilton and had a largely Canadian crew.

And when Austerberry, Melvin and Vieau went on stage to accept their prestigious award, they gave their teams in Toronto an epic shoutout.

“First of all, thanks to all the Canadian crew who are partying right now at the Palais Royale in Toronto. This is for you,” said Austerberry.

“Thank you to the academy. Guillermo, may you keep dreaming up your monsters and their wonderful stories so people like us can help shape their worlds.”

Next up was Vieau who said, “A big thank you to our amazing crew back in Toronto, without you guys, we definitely wouldn’t be here today.”

Not only did The Shape of Water win best picture, best director for Guillermo del Toro, and original score for French composer Alexandre Desplat, it was produced by Toronto producer J. Miles Dale, who shared the best picture win with del Toro.