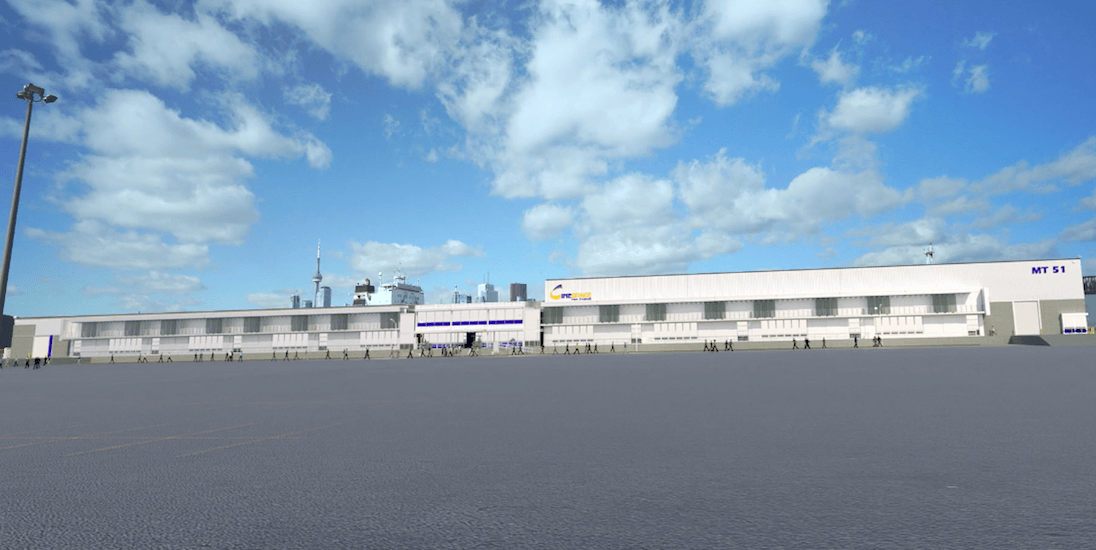 There’s going to be a new, massive film studio in Toronto.

Cinespace Film Studios has signed a multi-year lease with PortsToronto to develop Marine Terminal 51 and the Cruise Ship Terminal into film and TV production facilities.

The Marine Terminal location will be the new home for Cinespace’s downtown productions, relocating their studio from their Eastern Avenue site and will feature 165,000 square feet of production space.

The news has been welcome by the city, which got a major shout out at the Oscar’s on Sunday night for The Shape of Water, a movie that was filmed at Cinespace’s Toronto studio.

Its facilities are known for housing award-winning productions like TV series The Handmaid’s Tale.

Congrats to The Shape of Water on the #Oscars wins! There’s a long history of film in the Port of #Toronto, with more to come as Cinespace Studios comes to the waterfront. Welcome to the neighbourhood, @Cinespacestudio! 🎥 pic.twitter.com/XWqLUUcadh

“Hearing the clear and recurring requests from Toronto’s repeat film clients for more studio space in our city, we asked every agency in Toronto to audit their inventories for large sites that could be leased to the film industry,” said Toronto Mayor John Tory in a statement. “Our proud city and our award-winning industry look forward to a long and steady stream of new film and television production activity in the heart of Toronto.”

Cinespace is the largest private owner and operator of studio space in North America.

Cinespace from Soulfood Productions on Vimeo.