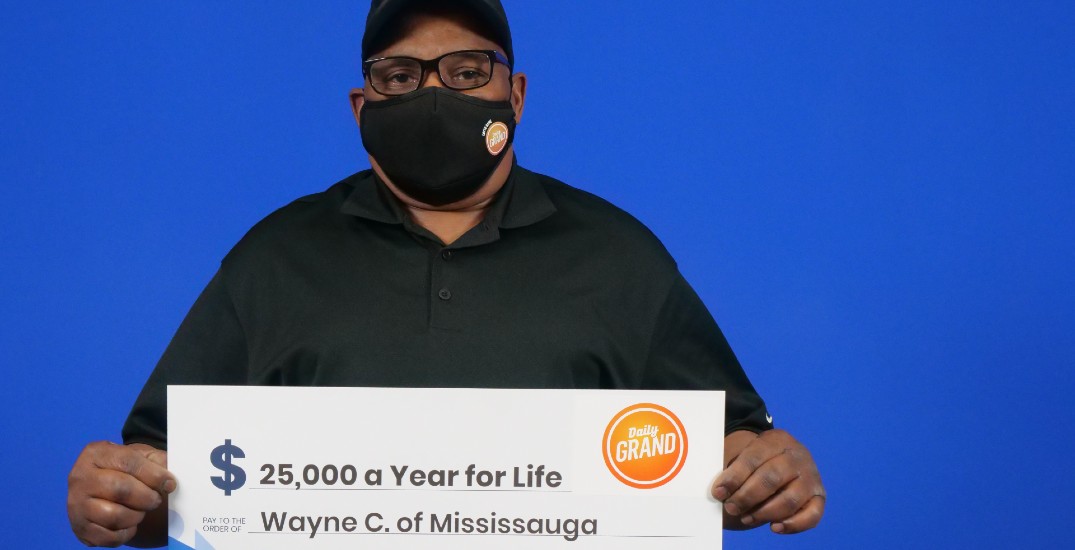 A Mississauga resident woke up to life-changing news after discovering that he had won the lottery. Wayne Creary, a 56-year-old renovation and construction worker, was still in bed when he discovered that he had won big with OLG’s Daily Grand.

It turns out Creary had won the second prize during the March 31 draw after matching all five main numbers.

“I am happy and shocked,” he said, while at the OLG Prize Centre in Toronto to pick up his winnings.

When the news finally sunk in, he was quick to share the good news with his children.

“They were more excited than I was,” he said, laughing.

Creary is no stranger to the lottery and has been playing for 30 years. He added that he has never missed a draw so it seems his patience has finally paid off.

Not only is Creary set for retirement but it looks like he’s ready to enjoy it, too with plans to spend his free time someplace warm.

“I will start looking at condos in the tropics,” he said, smiling. “I am so happy I can make my retirement dreams a reality.”

Creary’s winning ticket was purchased at Shell on Unity Drive in Mississauga.