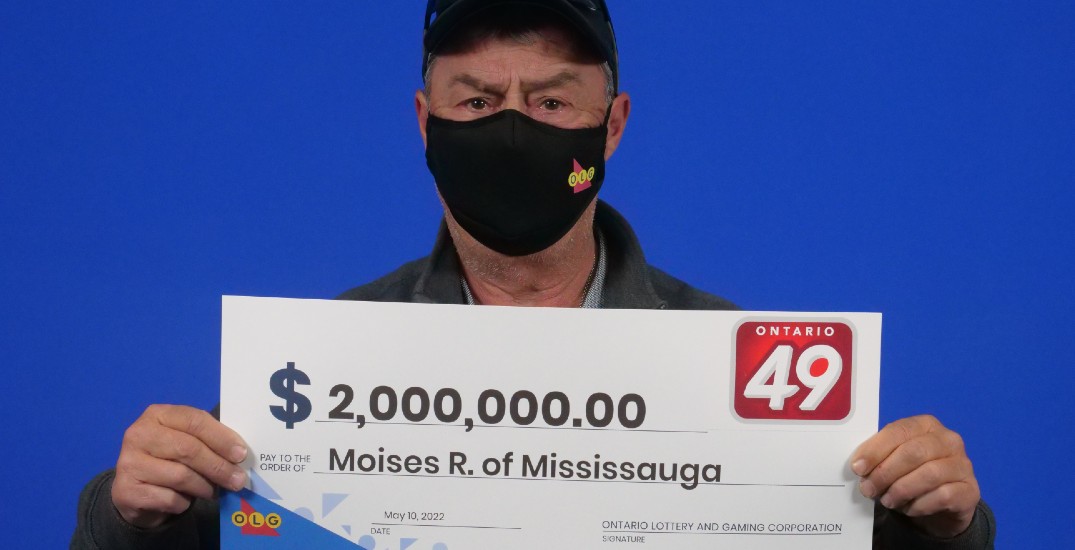 Imagine winning the lottery and just seeing zero after zero after the first number.

The Mississauga resident is a regular lottery player who plays every Saturday. However, four months ago, he decided to switch up his regular routine and it was a move that paid off.

“I started playing Ontario 49 about four months ago,” he shared. “My numbers are usually Quick Picks.”

The father and grandfather had purchased a ticket for the April 9 draw so he decided to check his ticket early in the morning. Resendes was shocked to discover that he won big time: $2 million to be exact.

“I started counting the zeroes and I couldn’t believe it,” he said.

Just to be sure that he wasn’t mistaken, he told his son-in-law about his win and asked him to check it again.

“I wanted to make sure it was legit,” said Resendes. “He was excited for me. We went down to the store and confirmed it.”

Mississauga’s new multi-millionaire does have another thing he’s looking forward to, though.

“I will treat myself to a new truck,” said Resendes, while at the OLG Prize Centre to pick up his big cheque.

The winning ticket was purchased at Rabba Fine Foods on Heatherleigh Avenue in Mississauga.

There’s a massive Lotto Max jackpot up for grabs this week. After no one claimed the $55 million prize on Friday, May 13, the total prize is now at $60 million.