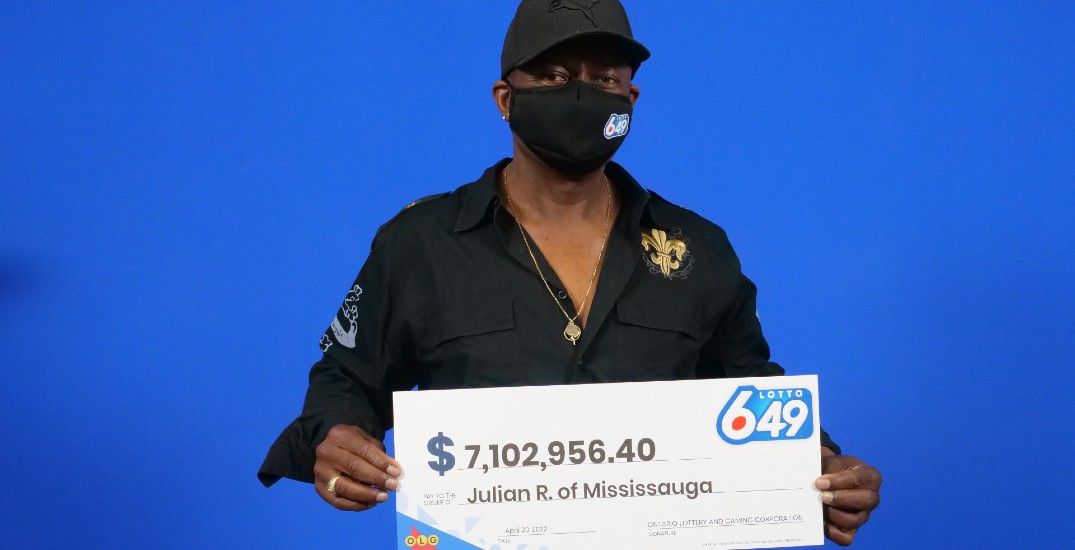 What would you do for your family if you won the lottery?

Some people might give gifts; however, Mississauga’s latest lottery winner plans to buy real estate for his children so he can babysit his grandkids.

Julian Richards became the city’s newest multimillionaire when he won the jackpot of $7,102,956.40. The machine operator said that he’s no stranger to playing the lottery, and he has been playing since he was of age to play. But this time, his persistence finally paid off.

“I play twice a week,” he said at the OLG Prize Centre in Toronto to pick up his winnings. “I discovered this win while at the store checking my tickets. I was shocked!”

The father and grandfather said that the first thing he thought of was his children but decided to tell them about his big win in person.

“They are so happy for me and told me I am deserving of this prize,” he said. “It made me feel good to hear them say that.”

Richards plans to buy real estate for his children “so we can be close together.”

“I want to babysit for them and watch my grandchildren grow up close to me,” he said. “I will also share some of this win with my mom and take some time to travel.”

“This win will change my life,” he concluded.

The winning ticket was purchased at Metro on Erin Mills Parkway.