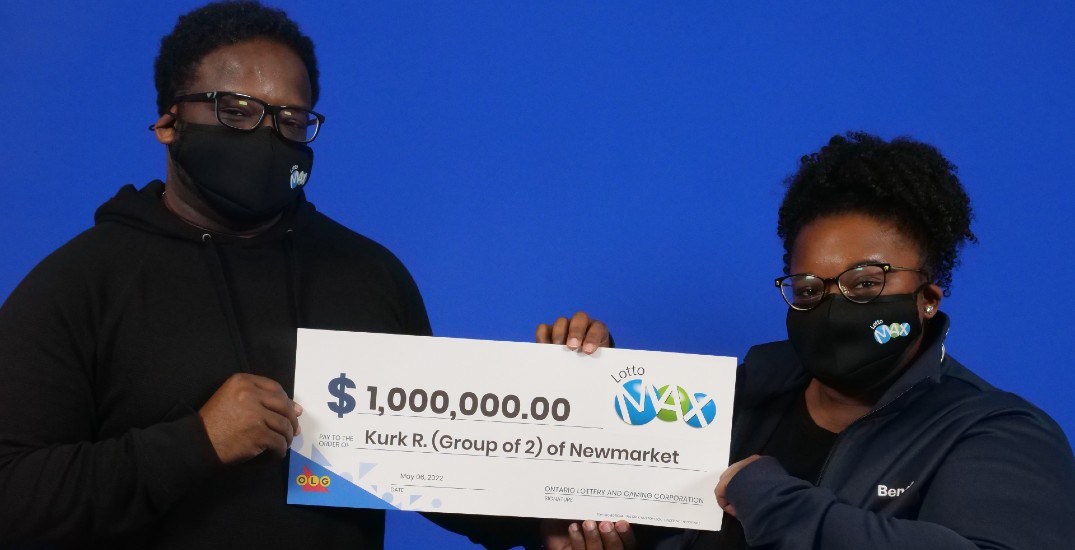 A lucky brother and sister duo have just won big for the first time, and they have very different plans for their half of the money.

Kurk Roberts of Newmarket, Ontario, and Chanel Goodwin of Alliston, Ontario, said that they’re just occasional lottery players. However, for the last two big Lotto Max draws, the siblings decided to play as a team.

It looks like teamwork really does make the dream work because, during the March 11 draw, the Roberts and Goodwin won a MaxMillions prize of $1 million.

It was Goodwin who discovered that they had won when she checked their tickets using the OLG App.

“It was my birthday, and I was amazed,” she said about the unexpected birthday surprise. “I had to blink a few times and question what I was seeing. I called Kurk to check it himself and confirm the win.”

Although she asked her brother to check the ticket, Roberts said that he was equally shocked when he discovered that they had won.

“We stared at each other in disbelief,” he recalled.

With the siblings now half a million dollars richer, they both shared that they have different plans.

Roberts said that he wants to invest his half of the winnings. Chanel is looking forward to sprucing up her home with some improvements and, of course, a well-deserved family vacation.

The winning ticket was purchased at Zehrs on King Street in Alliston.

This Friday, May 13, there’s a $55 million jackpot up for grabs, as well as around four $1 million dollar prizes.