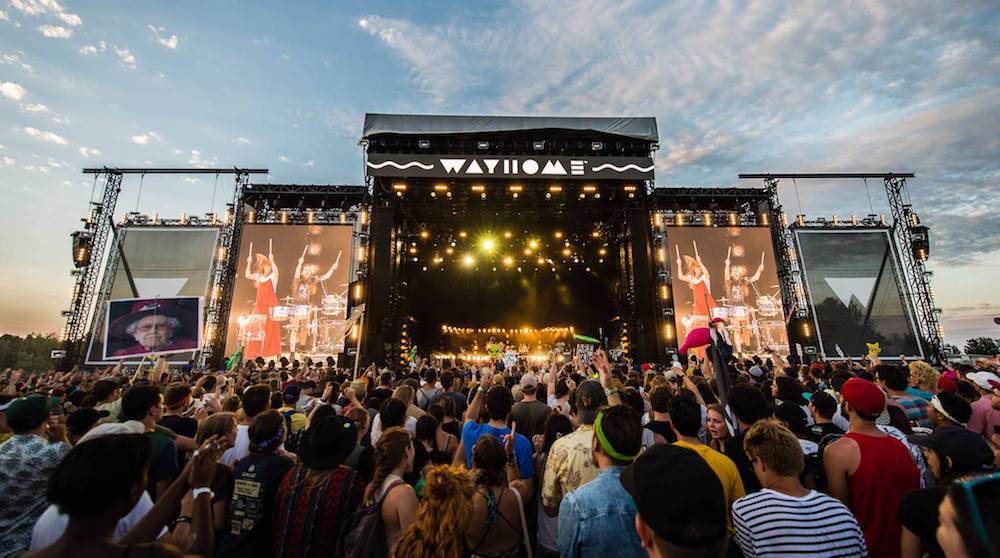 WayHome Music & Arts will be taking a break next year.

According to an email from the Ontario music festival, WayHome will be “on pause in 2018.”

Speculations about the festival’s future were in the air, as festival-goers at this year’s event did not seem to find any indication of its 2018 dates — as it had in previous years. The festival, which took place at the end of July, is also reported to have had the lowest turn out in the past three years.

“Thank you for the love and support the community of WayHomies have shown over the last three years,” read the statement by the festival. “The millions of magical moments we created and shared together will sit on our memory banks to be relived for many years to come.”

The short note ends by saying, “This isn’t goodbye, just see you later.”

But as anyone who’s ever been through a breakup knows, taking a break is usually equivalent to a kiss of death… 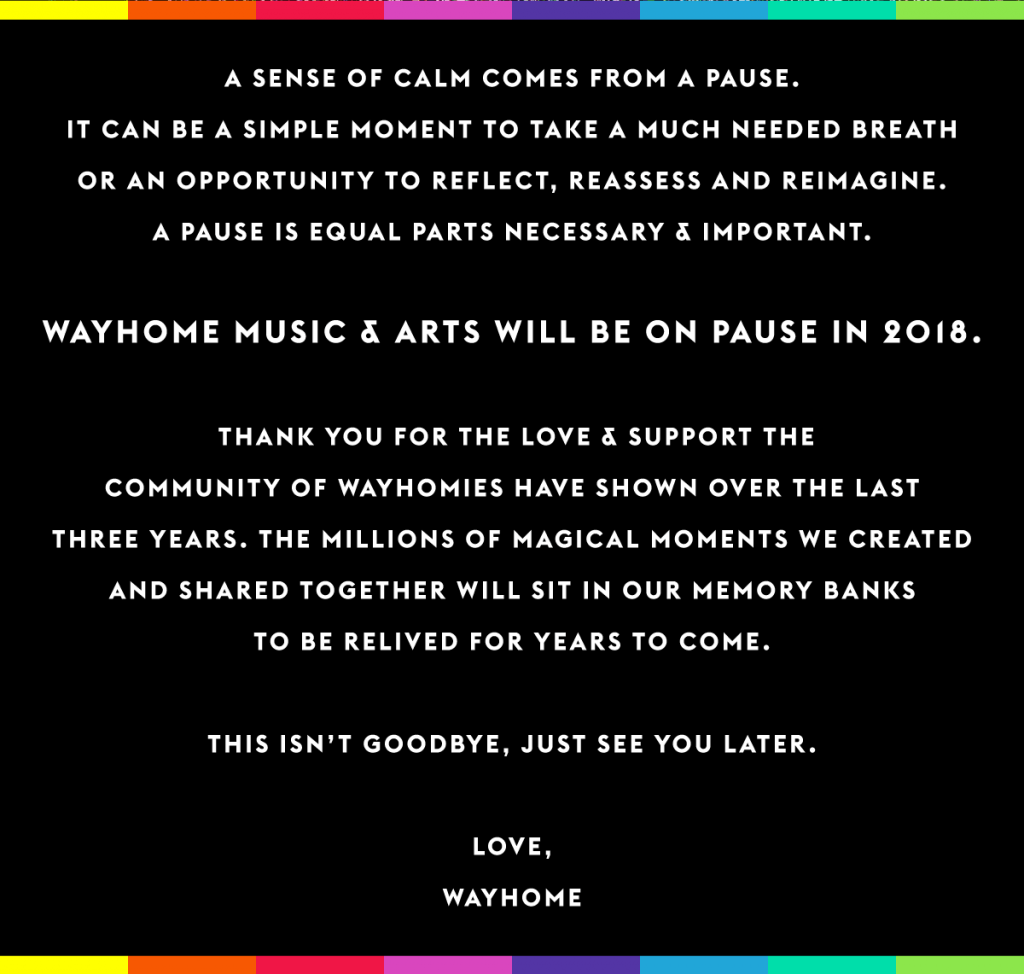