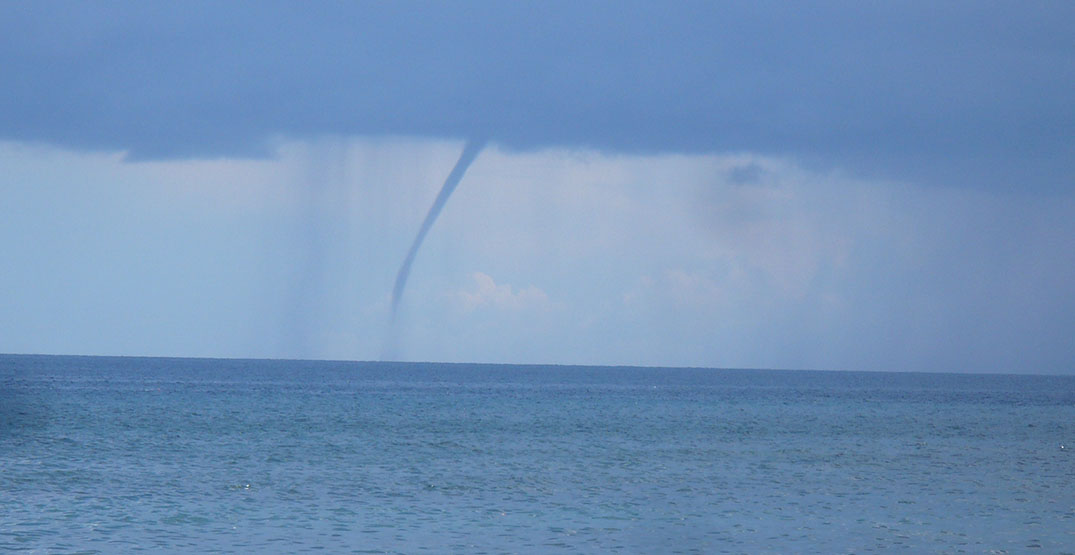 Several waterspouts formed over Ontario lakes this week, and local photographers rushed to their nearby waterfront to capture images of the thin, spinning clouds.

Waterspouts are like tornadoes, except they form over water instead of land. Several witnesses were struck by the awe-inspiring formations that formed over Lake Huron and Lake Ontario.

Not the greatest quality, but I witnessed waterspouts for the first time this morning! Seen from Port Albert ON. Shoutouts to @ONwxchaser for hyping this event up. pic.twitter.com/xsU8P5aL9g

After running full speed to the shore to catch this, it was worth it in the end, waterspout over Lake Ontario!!!! #nywx pic.twitter.com/KPQB4mv2Vn

Daily Hive has reached out to Environment Canada for more information about why conditions this week were favourable for waterspouts.

The clouds formed on the same day Environment Canada issued a severe thunderstorm warning for Toronto, and other parts of Ontario received a tornado warning.