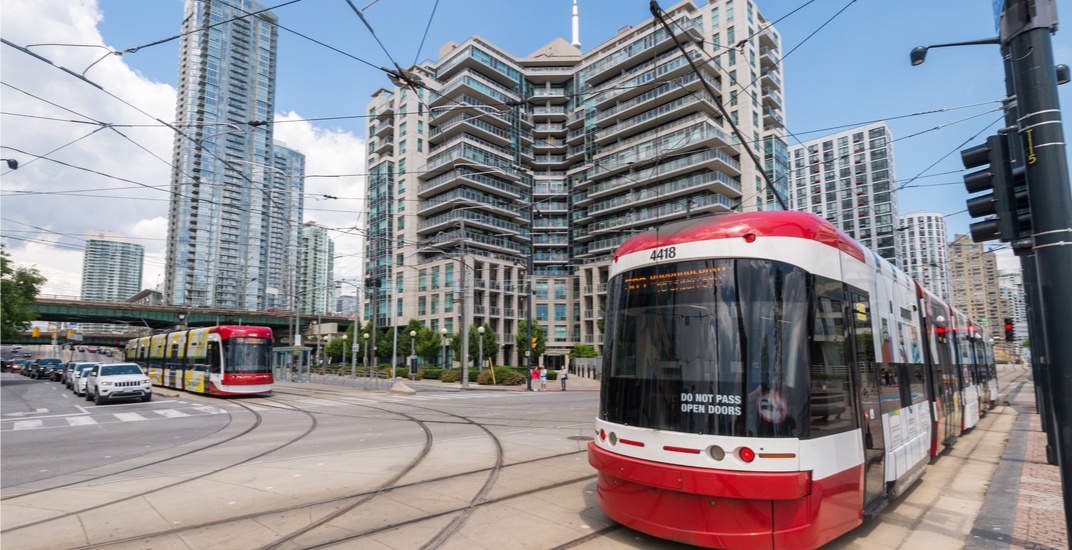 A massive review is currently underway in Toronto that presents the city’s waterfront transit travel network demands up to 2041.

Two years ago, City Council directed staff to work with the TTC and Waterfront Toronto on a comprehensive review that studies transit from Long Branch in the west to Woodbine Avenue in the east, and south of the Queensway/Queen Street.

The Waterfront Transit “Reset” was divided into two phases, with Phase 1 of the “reset” covering: the review all relevant background material; creation an overall study vision with related objectives; developing a preliminary list of improvement concepts; consulting with the public and stakeholders; and developing a scope of work for Phase 2.

According to the City, the completion of the Phase 1 work reinforced the importance of a comprehensive waterfront transit solution from west to east, which has not been realized to date. And with the population projected to grow by approximately 278,000 (or more than 80 percent) from 2011 to 2041, the study area is one of the highest densities and fastest-growing areas in the Greater Toronto Area.

The City states that this integrated network solution for waterfront transit is being coordinated with the directions emerging from other major transit initiatives that are currently underway, including Smart Track, Relief Line, Scarborough Transit Planning, and the Metrolinx Regional Express Rail (RER) expansion program. 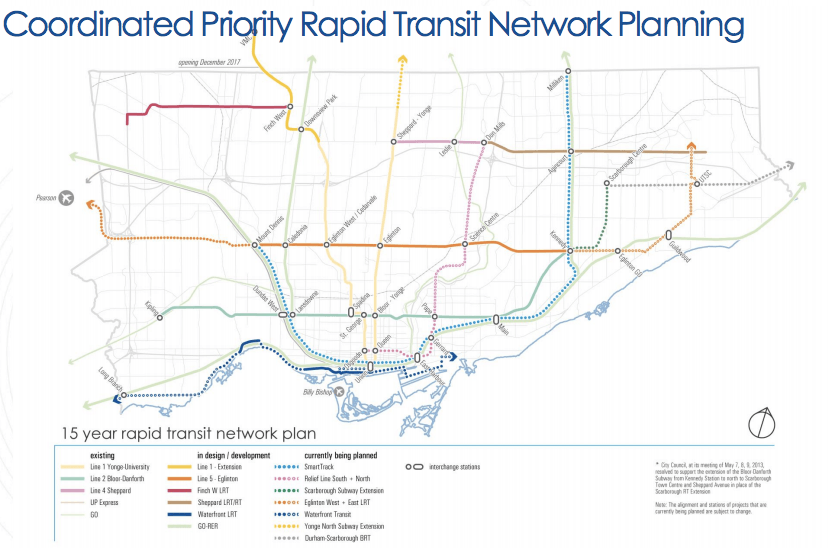 The major project’s objectives includes connecting waterfront communities locally and to downtown with reliable and convenient transit service, as well as enhancing accessibility in the over 25 km study area.

Within the study region, East Bayfront and Union-Queens Quay connection projected the highest ridership forecasted in the Waterfront Transit corridor, and is a priority for the transit project. 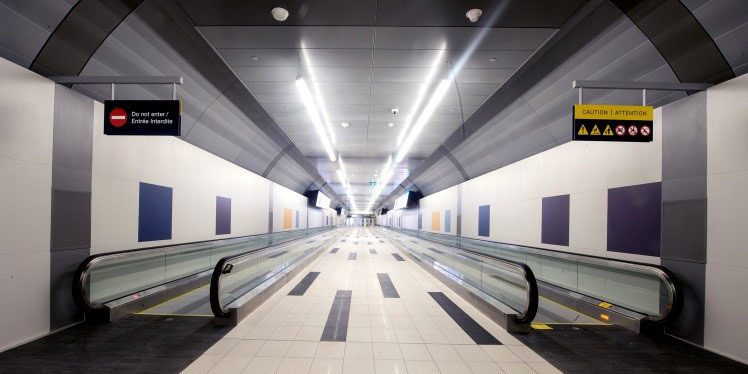 A 3 meter tunnel in width and 530 m in length is an option between Union Station and Queens Quay (Pictured: Billy Bishop Airport’s pedestrian tunnel/Ports Toronto)

Expanding the LRT infrastructure at the Union Station streetcar loop would allow future eastbound and westbound service along Queens Quay to run through Union Station. It would also integrate a pedestrian tunnel between Union Station and the new inter-regional bus terminal.

For the second option, the streetcar service between Union and Queens Quay would be replaced with a moving sidewalk and walkway within the existing tunnel. According to the proposal, there would be “a convenient transfer” to a future east-west LRT through service along Queens Quay. The walkway would be similar to what’s now being used at Billy Bishop Airport, and would potentially integrate with the City’s PATH system and connect to existing and planned developments.

But already, some councillors aren’t happy with the walkway. Coun. Joe Mihevc said the option would have a “devastating impact on TTC ridership and mobility on the waterfront.”

Finally, the last option would repurpose the current tunnel with a high-speed, high capacity, dual-line cable-pulled system. The report states that there would also be a “convenient transfer” to a future east-west LRT through service along Queens Quay.

“Using technology similar to the train at Pearson Airport, four cars would operate on two lines, with a total capacity of 8,250 pphpd and reliability of over 98% with no human operator on the cars,” reads the report, which adds that trains would carry a capacity of 125 persons.

The report compares the proposed cable-car to the Fun’ambule in Neuchatel, Switzerland, which provides a direct link between the main commuter train station and the university. 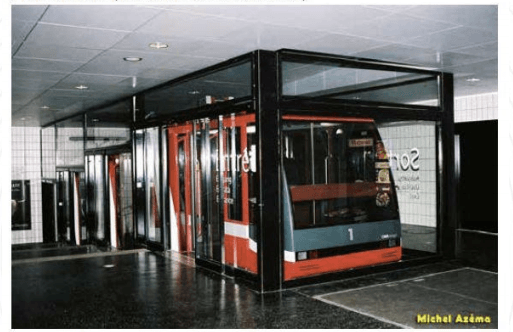 While the initial presentation of these proposals took place on September 18, the City of Toronto is holding another public information session on Tuesday, September 26 at 6 pm at The Assembly Hall on 1 Colonel Sam Smith Park Drive in Etobicoke.