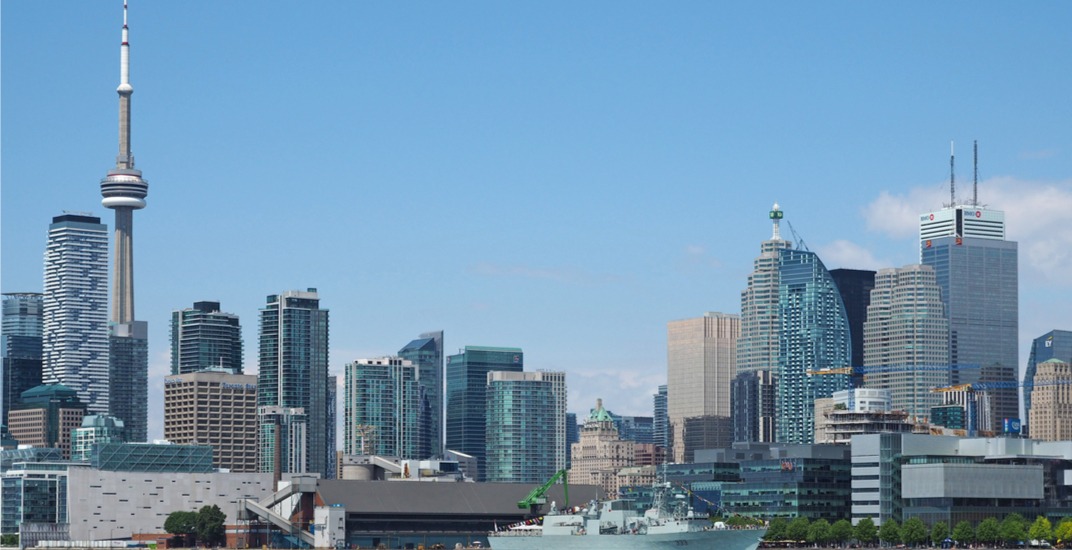 The Toronto Region Board of Trade, along with CBRE Canada, have unveiled their plans to develop a World Trade Centre Toronto building.

Not only would this development be an iconic contribution to Toronto’s world-class skyline, the new building would also advance the Board’s vision to position Toronto as Canada’s global champion.

“Our vision is to create an ecosystem of tenants who support trade services including consulates, government trade and funding organizations, corporate and professional services providers,” said Jan De Silva, President & CEO, Toronto Region Board of Trade. “Canada and the Toronto region are capturing the world’s attention. This iconic building will provide a gathering place for international business, connecting buyers and sellers, investors and leaders, to take the Toronto region to the world.”

Globally, The World Trade Center name is connected to some of the most well-known buildings of city skylines around the globe. Besides New York, World Trade Center’s are in the heart of Bahrain, Seoul, and Sao Paulo’s skylines.

The report focuses on seven industries that provide the greatest opportunity for the growth and success of the Toronto region’s exports including four established industries (which are Aerospace, Automotive, Food & Beverages and Human Health & Sciences) and three emerging industries (Cleantech, Fintech and Citytech).

“WTC-T is critical to making Toronto one of the most competitive and sought after business regions in the world,” said Leigh Smout, Executive Director, World Trade Centre Toronto. “With one-in-five Canadian jobs linked to international trade, WTC-T will work with government, international consular officials and the Toronto region’s business community to lead the promotion of international trade across the region.”

Mayor John Tory was at the launch event and said that WTC-T helps connect businesses to experts and expanded networks.

Besides the municipal support, the Board said that Toronto’s downtown office vacancy rate has dropped below 4% for the first time on record, which is a sign of the market’s strength.

“Toronto is currently experiencing one of the most dynamic office markets in history, and this project will add to the impressive growth of recent years,” said Werner Dietl, Executive Vice President and GTA Regional Managing Director of CBRE Canada. “Our downtown office market has become a global standout with the lowest vacancy rate of any major North American city.”

The process of securing a partner to develop World Trade Centre Toronto is open to the global commercial real estate community, according to the Board. “Each proponent must control either the land or building(s) being put forward for consideration,” it said.

At this time, the project has no design or site yet, but the board has sent out an official request for expressions of interest from developers and landowners.

As a member of the World Trade Centre Association, WTC-T creates global access for the Toronto region’s business community with its connection to 317 branded properties and trade services associations in 88 countries.