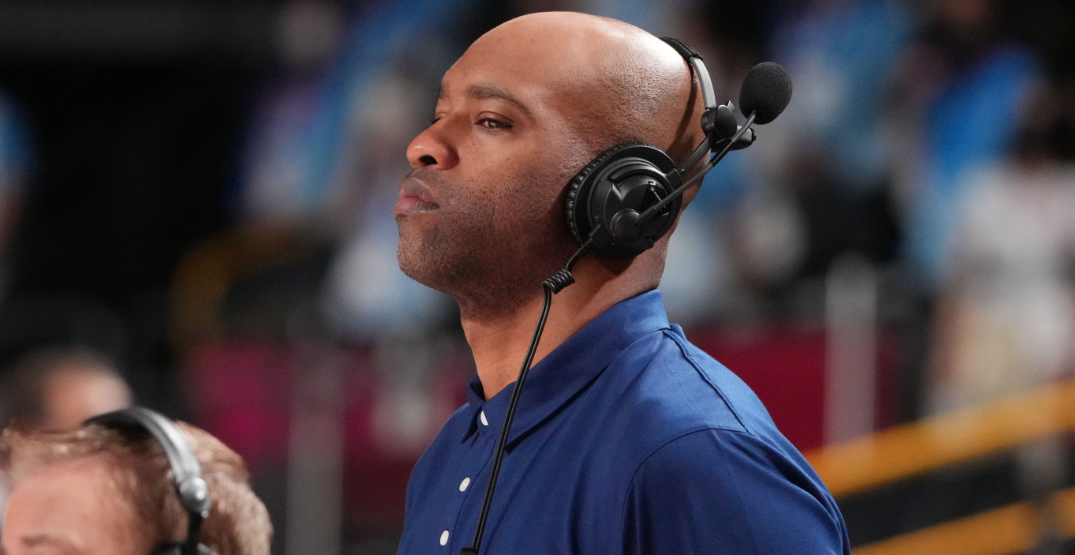 Vince Carter’s home was robbed of nearly $100,000 in cash with his wife and child inside over the weekend, according to an incident report released by Atlanta Police on Wednesday.

Carter’s wife, Sondi Carter, and the couple’s two sons hid in a closet during the armed robbery, police said, as the 10,000 square-foot home in the Atlanta neighbourhood of Buckhead was burglarized.

Sondi heard loud noises from the front of the house while in bed with her two sons, and hid in the closet as the unknown suspects gained entry to the home.

She called 911 from the closet and texted her neighbourhood patrol while multiple rooms were ransacked. An off-duty Atlanta police officer with the patrol responded and chased a suspect wearing black clothing and mask until he jumped into a black SUV that sped away just before midnight.

Just over $16,000 in cash was recovered on the ground outside the home. Carter told police on the phone that the money was part of $100,000 he kept in a brown bag in the primary bedroom closet.

Police also recovered a gold Desert Eagle pistol belonging to Carter, and a black Glock 26 pistol believed to be carried by the suspect, the report said.

Police did not publicly name a suspect, but the incident report said a fingerprint from the suspect was collected from a side door. A copy of the surveillance video was submitted to the police.

An eight-time all-star, Carter played until retiring in 2020 at age 43. He is the first player in NBA history to appear in four different decades.

He now works as an NBA analyst for ESPN.