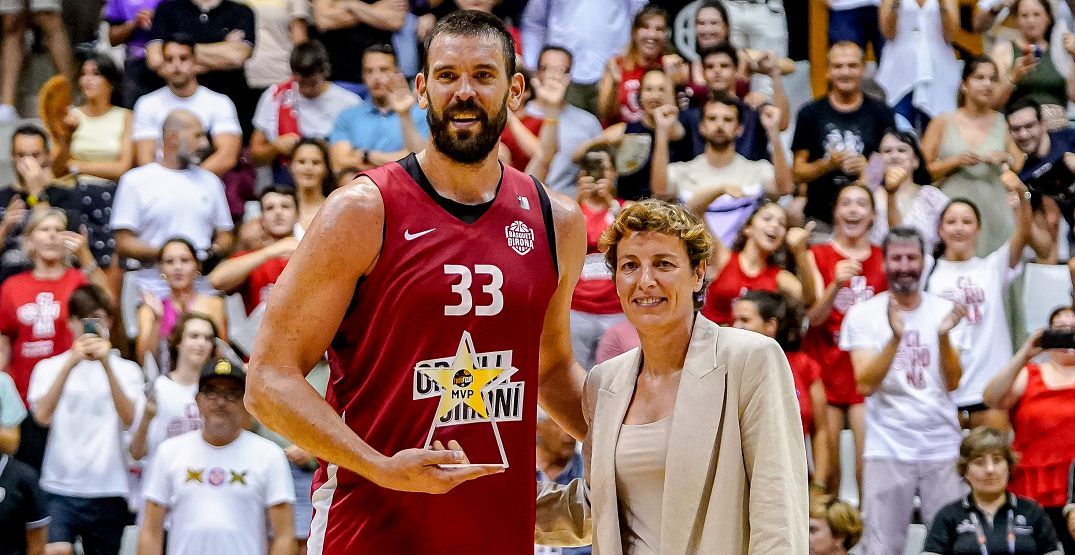 It sure seems like Marc Gasol accomplished what he set out to do in the Spanish basketball realm.

Having last played in the NBA in the 2021 playoffs, the former Toronto Raptors, Memphis Grizzlies, and Los Angeles Lakers forward returned home last summer for a new challenge as the general manager and co-owner of Spanish second division side Girona Basquet, playing out of the LEB Oro league.

While it seemed like he could be retiring from pro basketball for good, back in November, the now 37-year-old Gasol announced he was joining the playing roster in addition to his off-court duties.

Does it remind you of Jackie Moon’s character in Semi-Pro, at all?

And on Sunday, Gasol’s Girona side topped Movistar Estudiantes 66-60 to win promotion to the top Spanish division.

Gasol picked up 11 points and eight rebounds in the win, where he was also named MVP.

Having played in 891 games over the course of his NBA career, Marc Gasol spent parts of two seasons with Toronto after being acquired midseason in exchange for Jonas Valančiūnas back in 2019.

A three-time All-Star and winner of the 2012-13 NBA defensive player of the year, Gasol forged his legacy for over a decade as one of the game’s most dominant big men.

But north of the border, he might most be remembered for, well, having a fair amount of fun at the Raptors’ championship parade. Heads up, Girona! Keep your eyes out on the streets!