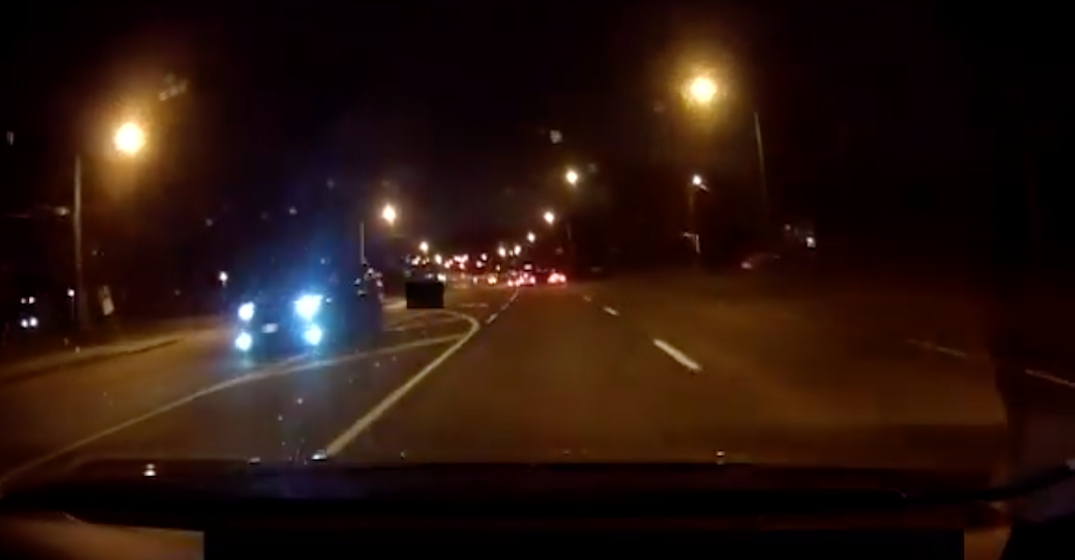 Toronto police have released a video of the vehicle believed to be involved with a fatal hit and run in the city’s north end Thursday morning.

Emergency crews were called to the area of Islington Avenue and Aviemore Drive, just north of Finch Avenue, around 6:30 am after receiving a report that a pedestrian had been hit by a car.

Police said an unknown vehicle was in the northbound lane at Islington Avenue and Aviemore when it struck a 77-year-old female pedestrian as she crossed Islington Avenue from the east to west curb. The driver continued driving and headed northbound on Islington.

When officers arrived at the scene, they located a woman without vitals.

Investigators have since released security camera footage of a vehicle they believe belongs to the suspect wanted in connection with the incident. It has been described as a dark-coloured SUV with bright headlights and fog lights.

Police said the vehicle may also have front-end damage, particularly to a headlamp.

Police are now asking local residents, businesses, and drivers, who may have security or dash-camera footage of the area or incident, to contact investigators.