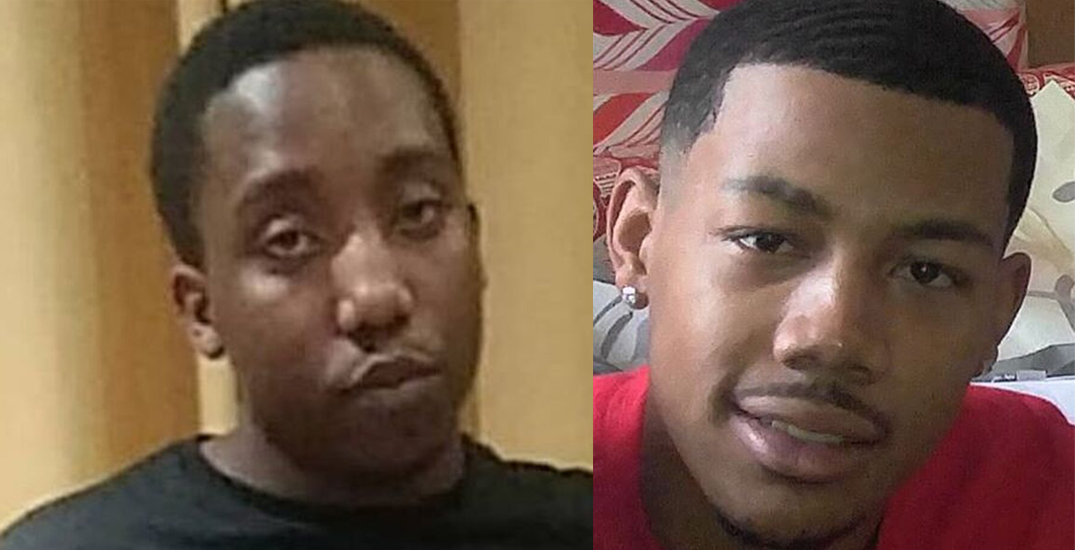 Tyronne Noseworthy, 19, of Toronto (left) and Jalen Colley, 21, of Brampton (right) were both killed in the shooting. Photo: Toronto Police Service

Police have released the names of three men who were killed in a shooting at a downtown Toronto Airbnb condo party Friday night.

Tyronne Noseworthy, 19, from Toronto; Jalen Colley, 21, from Brampton; and Joshua Gibson-Skier, 20, also from Brampton, were all killed in the gunfire at the Queens Wharf Road condo.

Shots were fired within the condo unit, and in the hallway of the building’s 32nd floor, according to a news release from the Toronto Police Service.

A fourth man was shot too, but he survived. A fifth man is recovering from minor injuries as well.

Police say the deceased victims were the ones who fired the guns, and officers aren’t looking for any other suspects. Police have recovered the two guns involved from the condo.

Airbnb has banned the user that booked the condo from their platform, the company said in a statement to Daily Hive Saturday.

My statement on the murders at the Queens Wharf Road building. pic.twitter.com/BlrkYJj6mE