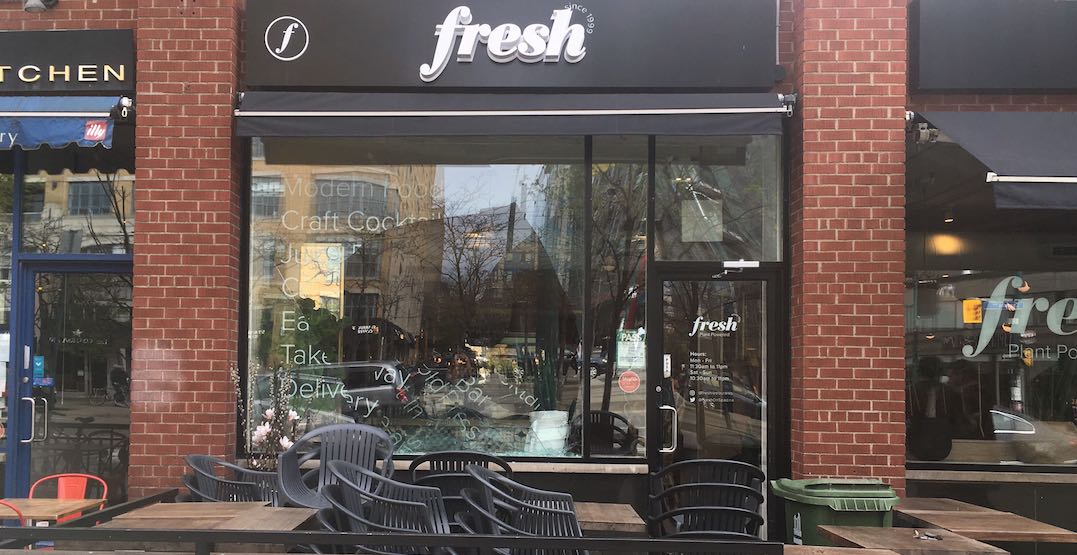 On Wednesday morning, a vehicle crashed the storefront of Fresh on Spadina, smashing a glass window and taking out the bike posts in front of the building.

According to a staff member, the incident occurred around 6:30 am at the 147 Spadina Avenue location, before employees had arrived. 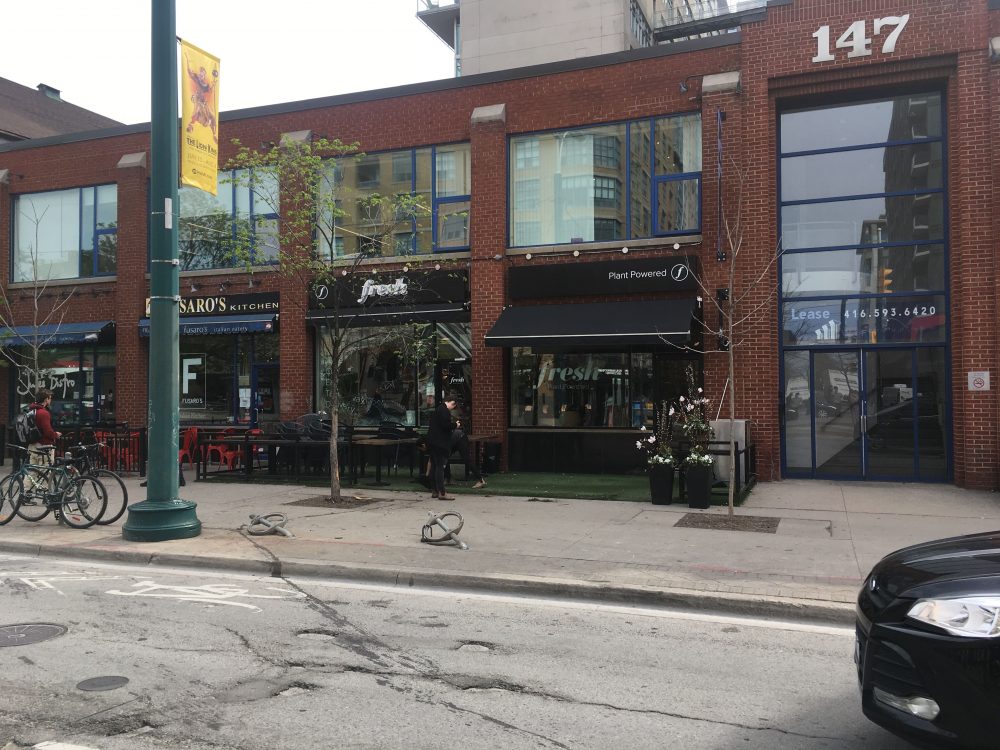 The staff member said that it’s expected that the restaurant will stay open despite the crash because they have a second entrance that is undamaged.

They said that the inside of the building is safe. 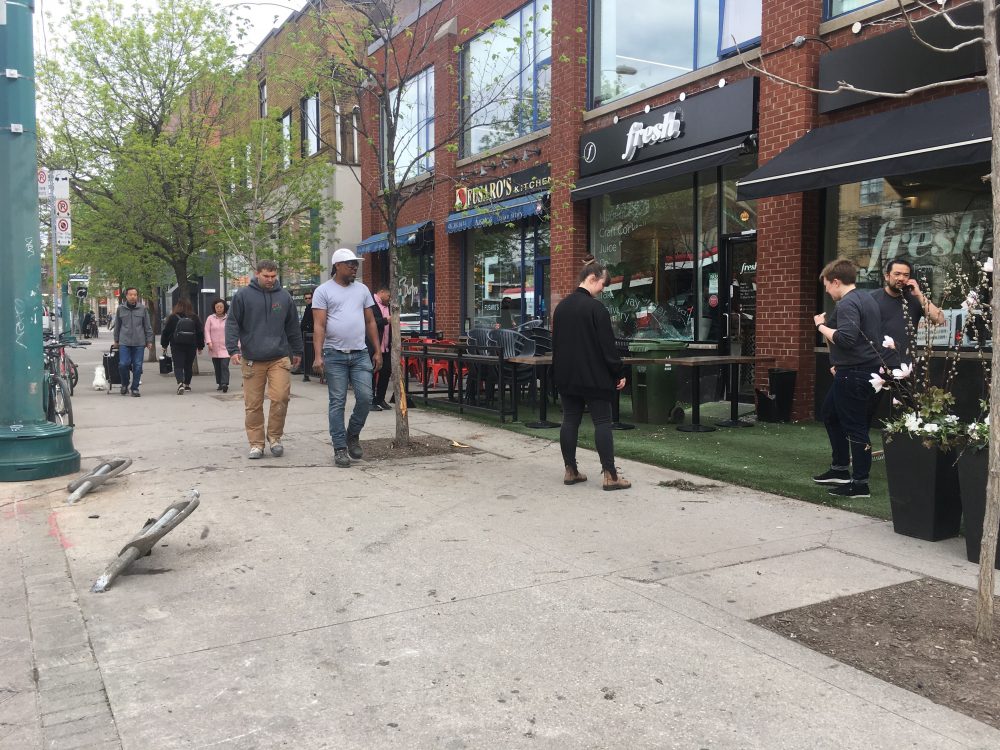 The post says that no serious injuries were indicated and, at the time, roads in the area were closed.

They have since re-opened.