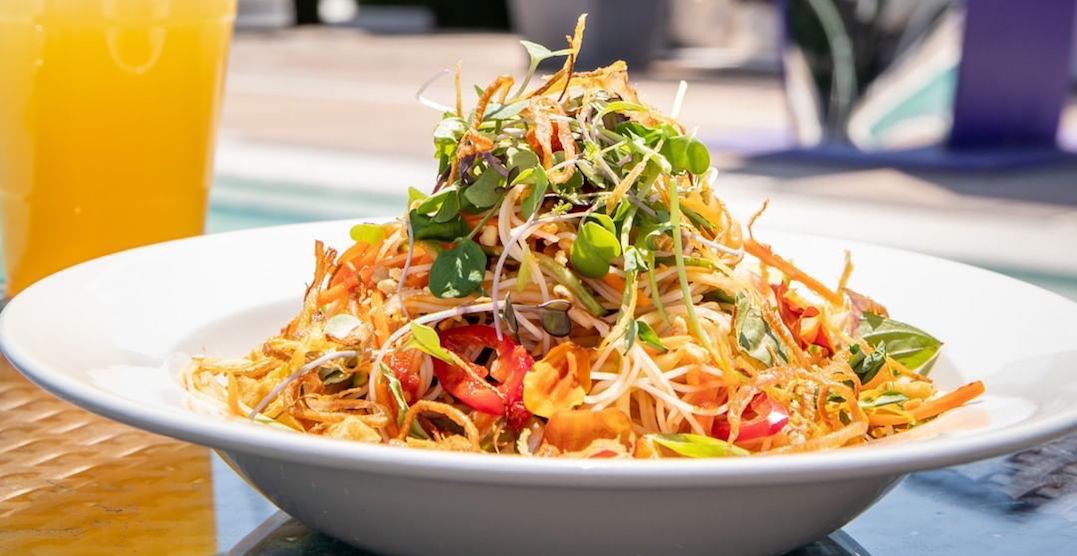 If you’re a veggie-lover that’s been broken-hearted over the lack of a Vegandale Food and Drink Festival this summer, get pumped.

The team behind both that fest and the Toronto neighbourhood dedicated to vegan eats, Vegandale, is serving up something new next month.

The Vegan Patio Series will offer guests the opportunity to you enjoy luxurious pools, private cabanas, and mouthwatering vegan eats from four premier Toronto restaurants, all in a physically-distanced manner.

Starting August 8, the series will pop up at Grand Bizarre Beachclub Restaurant, which organizers say is the city’s largest poolside patio, sprawling 67,000 sqft.

Each weekend for four weeks, the series will be offering up eats from Bar Vegandale, Planta, Fat Choi, and Ital Vital.

Each of the weekly events will include bottle service, music, artwork, pool access (with safety measures in place), plus a free Daiya dessert.

Packages can be purchased in groups of two, four, and six. Previous Vegandale Festival customers will get early access to reservations this Thursday at 1 pm, with packages going on sale to the general public on Friday, also at 1 pm.

Take note, this series is exclusive to those 19 and up.