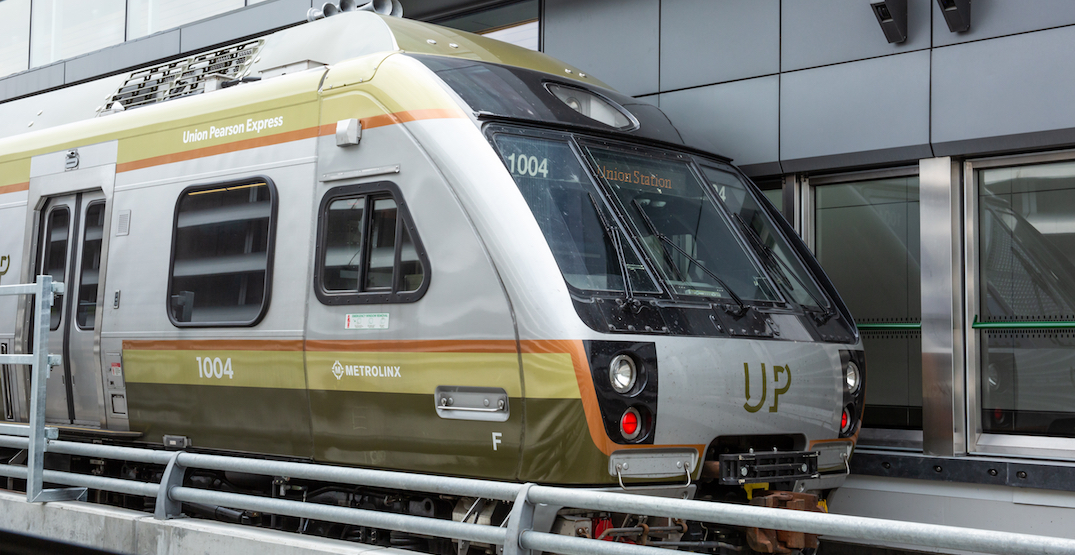 With vaccine rates rising and more and more Torontonians looking to take public transit, UP Express is finally ramping up its service between Union Station and Pearson Airport.

Beginning August 23, UP Express is bringing back it’s all-day, 30-minute schedule, with trains going to and leaving Union and Pearson every half hour. This change, announced by Metrolinx on Wednesday, comes after months of reduced service due to low ridership during the pandemic.

Schedule times are also being adjusted slightly to accommodate track work at the Pearson station, but once the change takes effect, the first eastbound trip from Pearson to Union will depart at 5:40 am on weekdays, with trains running every 30 minutes until the final trip at 10:40 pm.

Two additional late evening trips in both directions are also being added to the weekday schedule. From Union, they will leave at 8:30 pm and 9:30 pm, and from Pearson at 9:10 pm and 10:10 pm.

Metrolinx is reminding riders that anyone taking UP Express is still required to wear a face mask or covering, even if fully vaccinated.