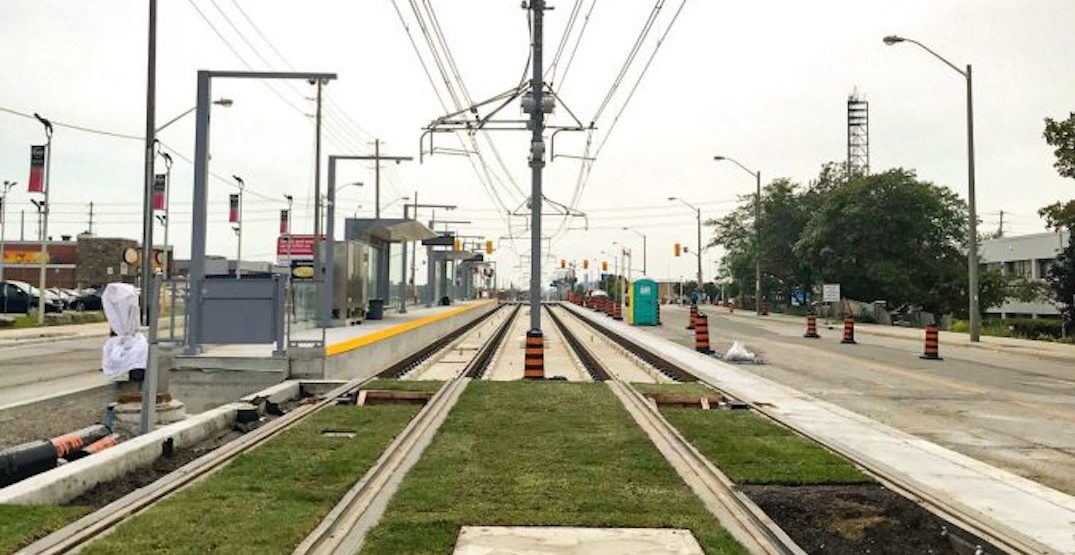 The end of construction on the Eglinton Crosstown LRT feels so close you can touch it, and crews are working away to put all the finishing touches on the new transit line.

One of those finishings includes stretches of green tracks comprised of grass and foliage planted right down the middle of the line. 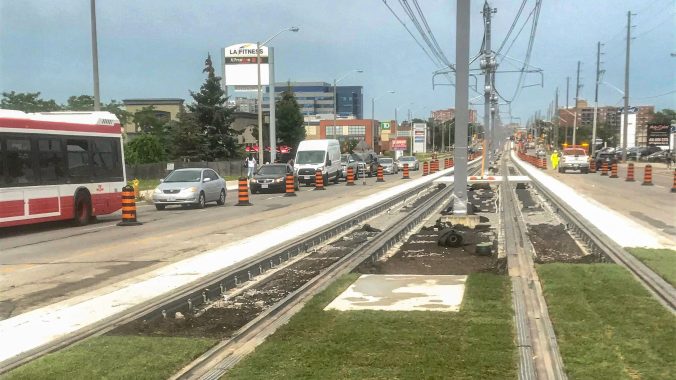 The new grassy tracks can be found on above-ground sections east of Brentcliffe Road. A 16-metre mockup of what’s to come has been installed at the Golden Mile stop, east of Warden Avenue, so we can get a sneak peek at what exactly these green tracks will look like.

Each grassy section, which takes three months to install, will include irrigation chambers, a water supply, and an energy supply to power the irrigation system.

Not only will the greenery help the Eglinton Crosstown tracks to better integrate into neighbouring parks and green spaces, but according to Metrolinx, the grass actually helps to dampen sound, reduce rain run-off, and minimize the spread of dust. In the summer, the grass has the added benefit of helping to keep temperatures down compared to concrete. 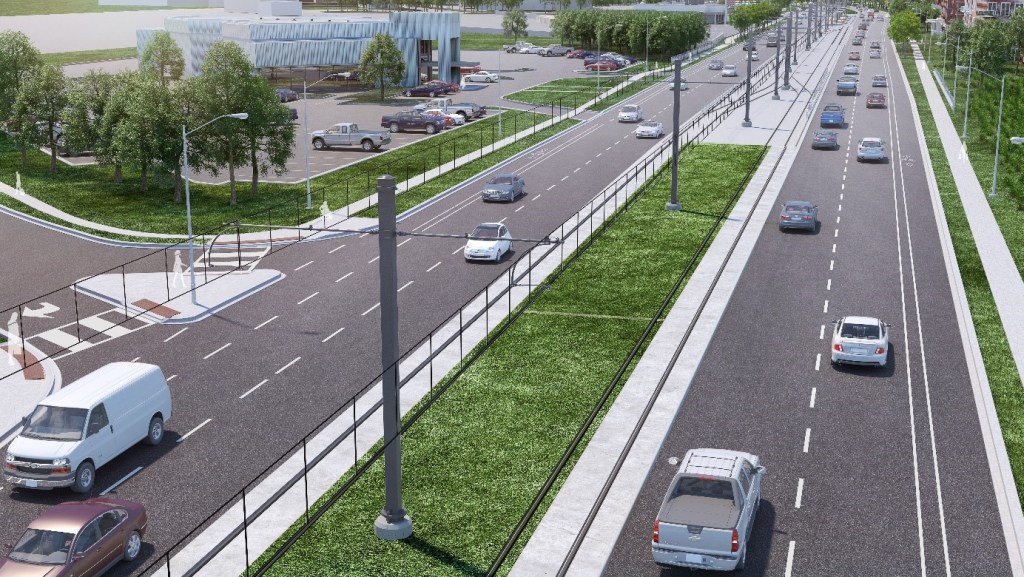 The Eglinton Crosstown, once complete, will add 25 stations along 19 km of track running from Kennedy Station in the east to Mount Dennis in the west. Track testing is currently underway between Kennedy Station and the Science Centre.

Testing will continue throughout the year, with the new line slated to open in 2022.