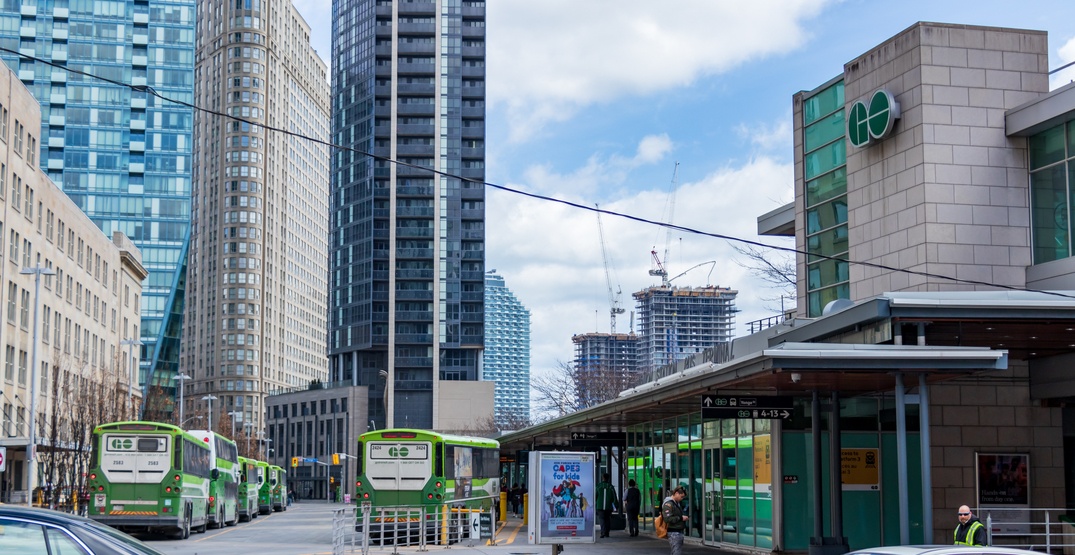 Make sure you plan ahead if you need to take a bus out of Union Station Bus Terminal tonight, as the station will be closing even earlier for Game 6 tonight than it did on Monday for Game 5.

Following several road closures that will take place in the area tonight, Union Station Bus Terminal will be closing at 9 pm.

The city is advising that transit-riders who need to travel north after that time can use their valid GO ticket to ride the subway at no extra charge to them. They may take the subway from Union Station to Highway 407 Station, where there will be GO buses waiting.

You can keep yourself updated with a complete schedule and route information on GO Transit’s website and by following them on Twitter.

The city is gearing up to prepare for another night of huge crowds downtown for tonight’s game, which will tip off at 9 pm. Both the TTC and GO Transit are recruiting extra trains to compensate for the expected crowds, and several road closures will be in effect in the area including Maple Leaf Square, Bremner Boulevard, York Street, as well as the York, Bay and Yonge exit ramps on the Gardiner.

You can find more details about these closures here.