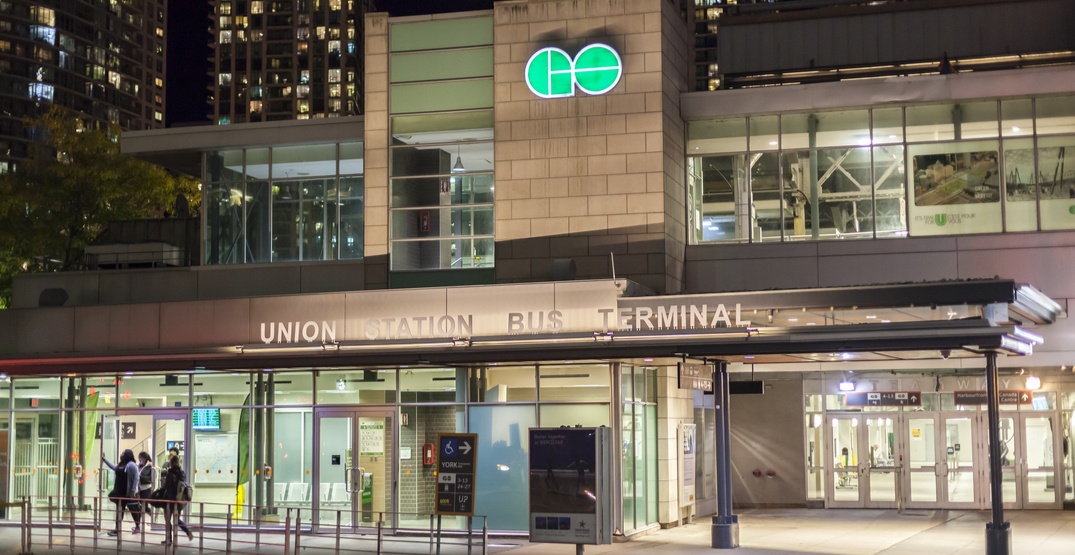 If you’re planning on hopping on a GO Bus at Union Station tonight, make sure you do so before halftime of the Raptors Game 5.

While the TTC is upping the ante in anticipation of the abundance of fans scattered around the city for the game tonight, Union Station will be cutting GO bus service in and out of the station at halftime.

“Starting halftime of Game 5 Monday, in support of our Raptors, Union Station Bus Terminal will need to close. Go Buses that normally come through the terminal will detour,” Go Transit Bus said in a tweet.

Starting halftime of Game 5 Monday, in support of our Raptors, Union Station Bus Terminal will need to close. GO Buses that normally come through the terminal will detour. If you travel on #GObus Route 61, 65, 71, 21, 31 or 16, visit https://t.co/fFDG0pUAyq for options. GO Raps!

According to Go Transit’s website, the bus routes coming through Union Station will need to detour after halftime due to the “extraordinary crowding and congestion” they are anticipating in the city.

GO Transit has outlined alternative options to each route affected by the closure at Union:

Route 61, 65 and 71: GO bus trips will begin and end at Hwy 407 Station. As an alternative, you can use your GO fare on TTC subway travel between Hwy 407 Station and Union Station.

Route 21 and 31: Go bus trips will begin and end at Port Credit GO. The Lakeshore West train can serve as an alternative between Port Credit and Union.

Route 16: The route will be suspended. For travel from Hamilton to Union Station, the Route 18 bus from Hamilton Go to Aldershot GO followed by the Lakeshore West train to Union Station will serve as an alternative. If you are travelling from Union to Hamilton, the opposite will apply—take the Lakeshore West Go train to Aldershot GO, and then the Route 18 GO bus to Hamilton.

It’s still unclear as to when the station will reopen for bus service, but in a tweet reply, GO Transit has said that the terminal may very well be closed until after the last bus service is scheduled at 2 am, in which case bus service will resume for regular morning hours.

Once the crowding is over and it’s safe run the service again it will reopen. Our last bus service is usually at 2:00AM. It may be closed till then and reopen in the morning. ^CW