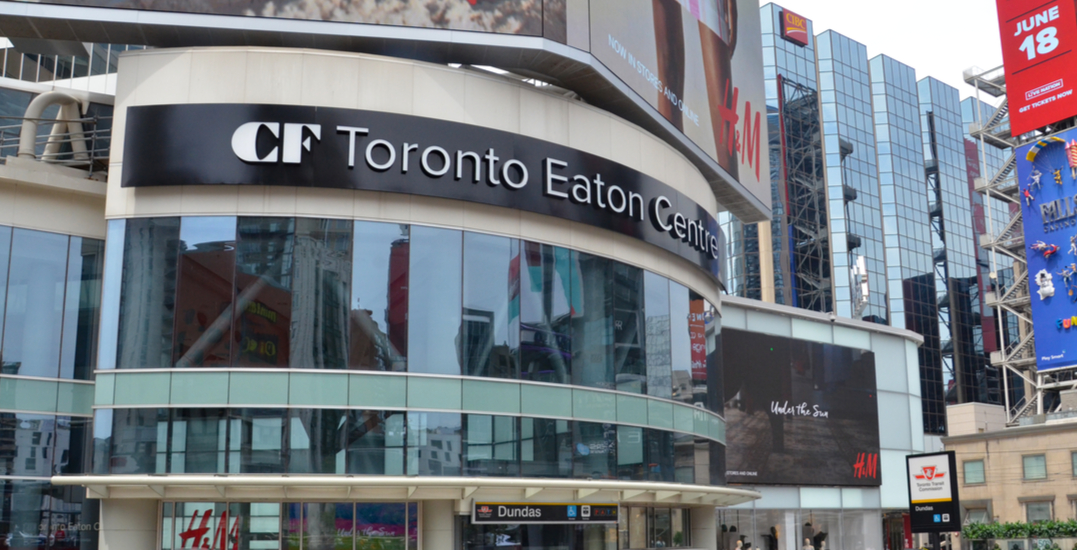 Two people have been charged with assault following an anti-vaccine protest at the Eaton Centre on Saturday.

According to Toronto Police, a group of protestors arrived at the Eaton Centre and attempted to enter the mall, but were denied access by uniformed security staff.

Police said that an Eaton Centre security guard was assaulted during the incident. No injuries to security staff or protestors have been reported.

Videos shared on social media show a large crowd gathered in Yonge and Dundas Square on Saturday. Several mask-less people try to push past police and security and enter the mall.

Police have arrested Michael Leaf, 29, of Thornhill, and 23-year-old Vanessa Carvalho, of Brampton. They have each been charged with one count of assault.

They are scheduled to appear in court on December 15.