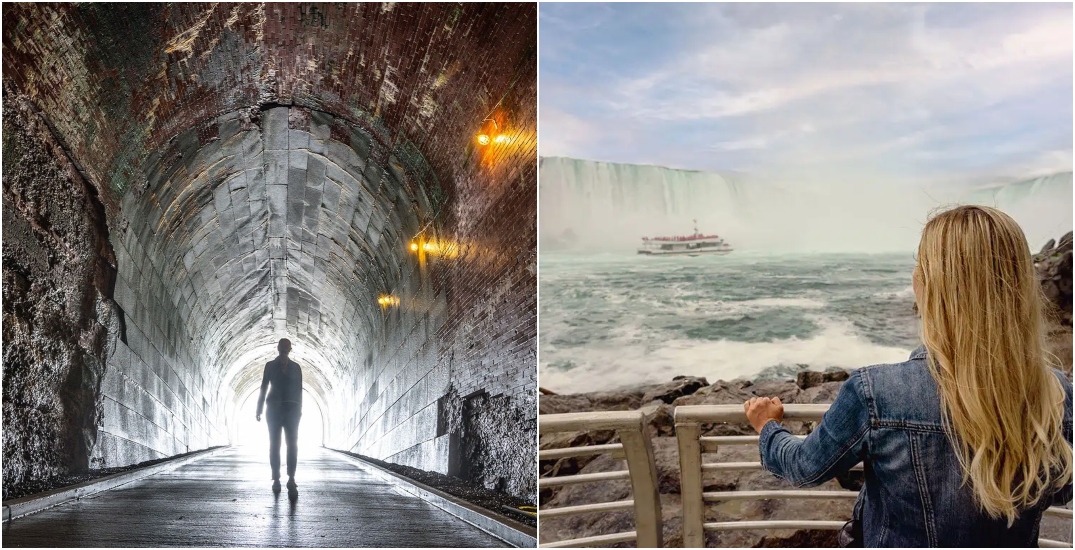 There’s a cool new feature at Niagara Falls that lets you see the falls from a whole new perspective.

On July 1, Niagara Parks Power Station will be opening its 115-year-old tunnel to the public for the first time. The tunnel was a former exit point for water used to generate hydropower that would then empty out into the Niagara River.

Now you can access the space via a glass-panelled elevator that provides guests a view of the cross-section of the various floors that make up the power station. The tunnel is 180 feet underground so make sure to bring a jacket since it’s going to be pretty chilly at about 15°C.

The 2,200-foot pathway then opens up to a recently built 65-foot observation deck at the river’s edge so make sure to ask for a recyclable poncho because you’re going to get wet.

“As an engineer, one of the most important pieces of the project is how authentic it is,” said Marcelo Gruosso, senior director, engineering and parks operations. “We’ve left everything intact that we could but we wanted to make it accessible and safe to the public.”

In addition to the tunnel, guests can also check out Currents, an amazing lights and sound show that takes place at the heart of the plant.

“Now with opening the tunnel it really does complete that visitor experience and telling the complete story of the Niagara Parks Power Station,” said David Adames, CEO of Niagara Parks.

The Tunnel at the Niagara Parks Power Station