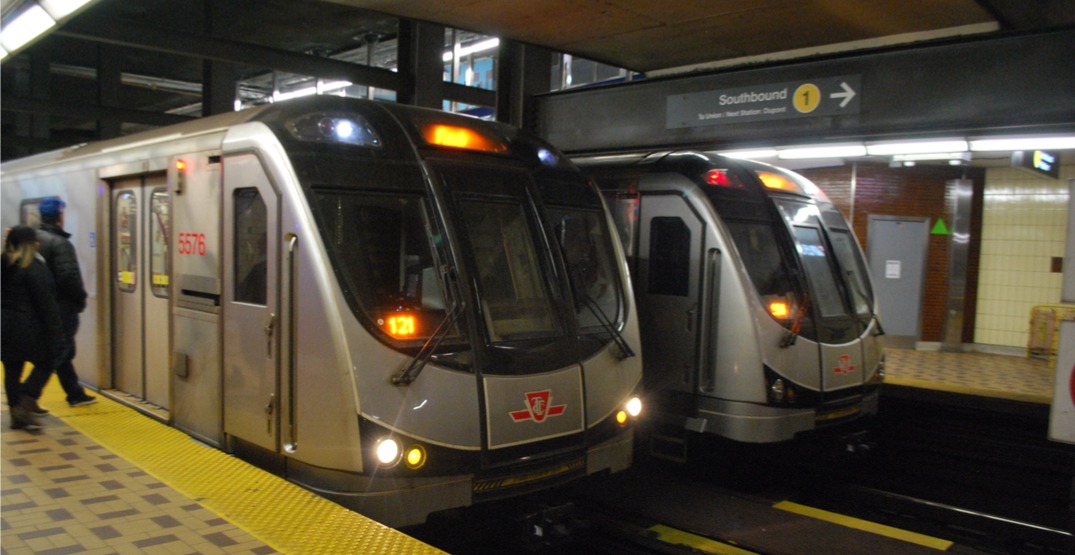 This weekend’s TTC subway closure has been cancelled.

The TTC has originally scheduled 43 subway closures in 2018 due to upgrades, inspections, and repairs.

But following last week’s closure cancellation, the May 19 and 20 closure makes this the second in a row interrupting scheduled work for Line 1 between Lawrence and St Clair stations, which was due to Metrolinx’s Eglinton Crosstown LRT work at Yonge Street and Eglinton Avenue.

The cancellation is related to current labour negotiations between the TTC and ATU Local 113.

In the email, Ross said that they are in the process of hiring more bus operators, which will give the TTC the “necessary resources to guarantee closures, as we require a bus shuttle for all closures.”

The TTC expects to have those new operators in place by the end of June.

The next scheduled closure for TTC is for May 26 and 27, but at this time, it’s unclear whether it will go ahead as planned.

“Each closure scheduled between now and then is being weighed on a week by week basis,” Ross said. “No decisions, for example, on next weekend’s closure have been made yet.”

While strikes or lockouts are not permitted at the TTC, there is still public interest in contract negotiations with our unions. Collective bargaining updates can be found here: https://t.co/k6jQvQbiTu

According to the ATU, last week they met with the TTC in the presence of a government-appointed conciliator.

“After walking away from the bargaining table three weeks earlier, the TTC tabled a proposed contract that is unfair and unacceptable to the 11,000 public transit workers who move Toronto,” said the Union. “The TTC is focused on reducing contracting out provisions, which transit workers will never accept.”

On it’s website, TTC says that the investment, or cost of the contract, it was proposing to the ATU over a 4-year term was $160 million.

As for the track work missed during the closures, Ross said they are putting a plan in place “to recover that lost time.”