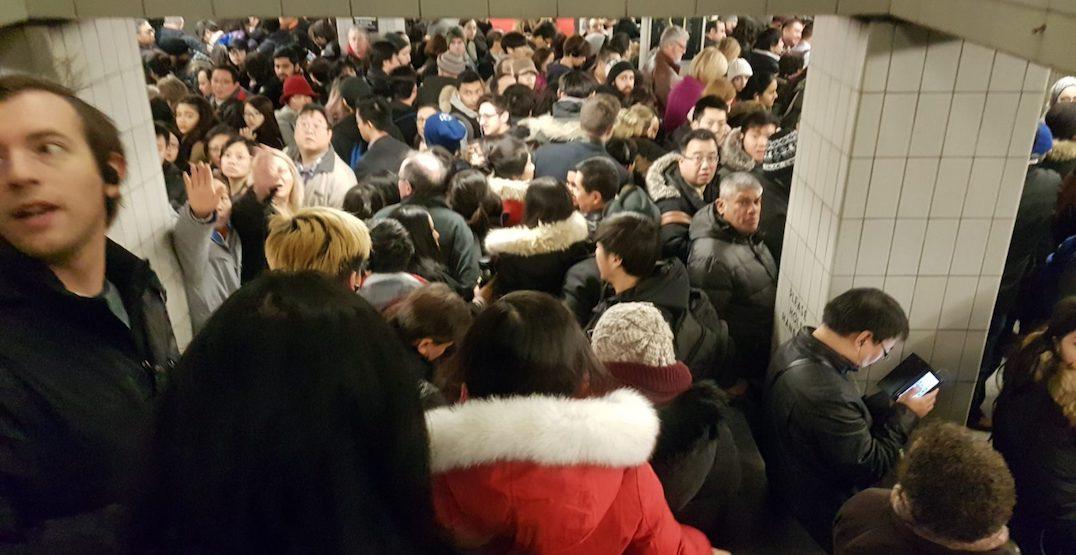 A transit advocacy group pushing for better TTC service is leading a Transit Day of Action this month.

On January 30, TTCriders will be at different stations handing out flyers, talking to riders “impacted by overcrowding, unaffordable fares, and unreliable service,” states the event website.

The group is calling on Mayor John Tory and City Council to fund the promised low-income transit pass, better TTC service to fix overcrowding, and 2-hour fares in the 2018 City Budget.

Can’t get on? Join our Transit Day of Action on Tuesday Jan. 30 and help us talk to riders across the city: https://t.co/yebYY6DLWD. We’re calling on Council to fund 2-hour fares, better #TTC service to end overcrowding, and the low income pass in the 2018 #TObudget pic.twitter.com/q37IZAL7qf

“Now is a crucial time to take action, before City Council votes on February 12 and 13 on the last budget before the election,” say TTCriders. “Without increased funding, TTC will not improve service or fix overcrowding in 2018. Two-hour fares and the low income Fair Pass have been approved, but are not yet funded.”

The transit advocates are hoping to reach as many of the 1.8 million transit riders in Toronto as possible.

Earlier this week, the group announced they will be distributing TTC “Overcrowding Relief Kits” to commuters on Line 1 at King Station on Thursday, January 18.

The kits include a snack, a transit-themed crossword puzzle, and “step-by-step instructions on how to relieve overcrowding.”