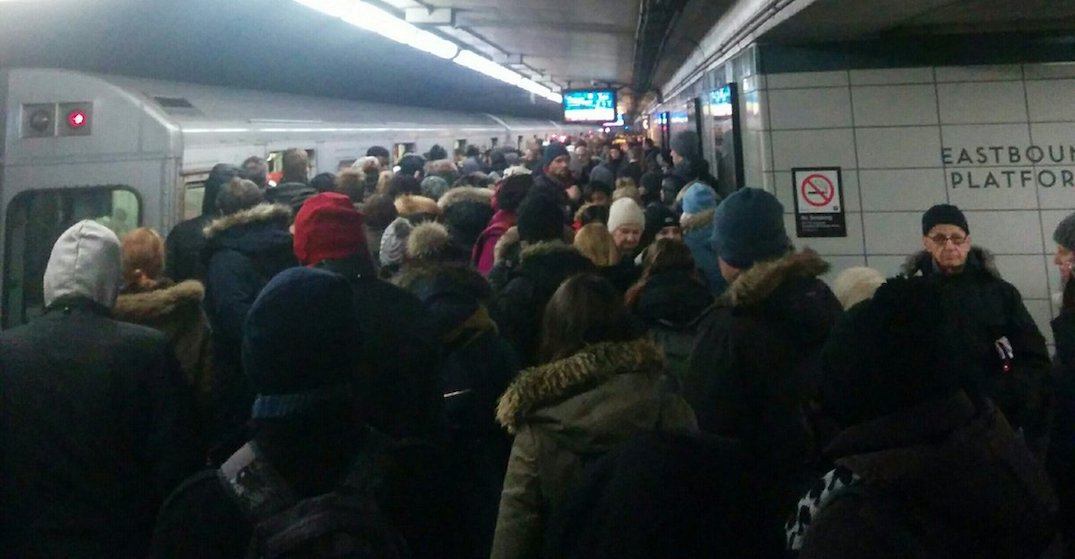 This week, the TTC Board is meeting and will be discussing overcrowding on the transit system.

According to a TTC report, ridership statistics reveal that sections of Line 1 are near or exceeding capacity for a 90-minute period during the morning rush hour.

The report, titled “Managing Crowding on Line 1 Yonge-University,” says that Line 1 is the busiest section of any transit line on the TTC network, carrying 450,000 customer trips per day.

“Ridership on this portion of the line has grown consistently over the last 15 years and exceeds scheduled capacity south of Bloor Station during the morning rush hour,” it said.

“In addition to the segment downtown, the section south of Eglinton Station is increasingly busy and is approaching capacity as well. Some growth in passenger demand has been accommodated outside of the traditional rush hours, but this has resulted in trains being full for longer periods of time, presenting more challenges to deliver quality service.” 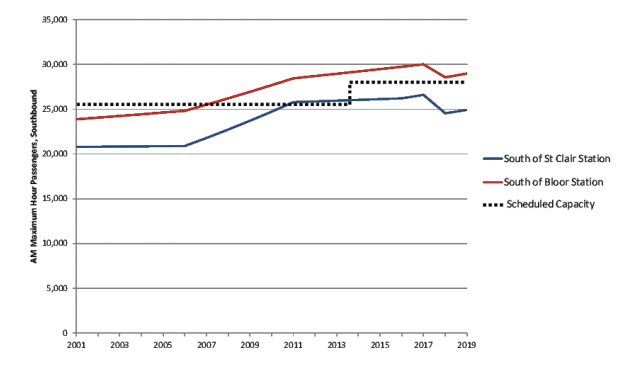 While the report states the overcrowding facts, it also presents a number of initiatives for the TTC to implement to manage the crowds.

There are a number of initiatives the TTC has/or is in the process of implementing to manage the crowding and relieve capacity, according to the report. This includes the purchase of the Toronto Rocket trains, operational efficiencies, ATC, opening of TYSSE, work on the Relief Line, Smart Track and a capacity study of BloorYonge Station. A vote on these measures will be taking place on Thursday at the Board meeting.

But, for some, solutions can’t come soon enough. So this week, transit advocates are taking matters to their own hands this week.

Local group TTCriders announced they will be distributing “Overcrowding Relief Kits” to commuters on Line 1 at King Station on Thursday, January 18.

The kits include a snack, a transit-themed crossword puzzle, and “step-by-step instructions on how to relieve overcrowding.”

TTCriders is also calling for the City of Toronto to increase TTC funding for improved service across the city, to relieve the overcrowding on surface routes.

The advocacy group also has a Transit Day of Action planned for Tuesday January 30.

This Thurs at 8am, join us at King Station to hand out Overcrowding Relief Kits (snack, crossword & more). The #TTC Board will vote Thurs. on how to relieve Yonge Line crowding, but they fall short of what we really need: building the Relief Line ASAP! https://t.co/SKGbXsljQf pic.twitter.com/uYevo4jQaZ