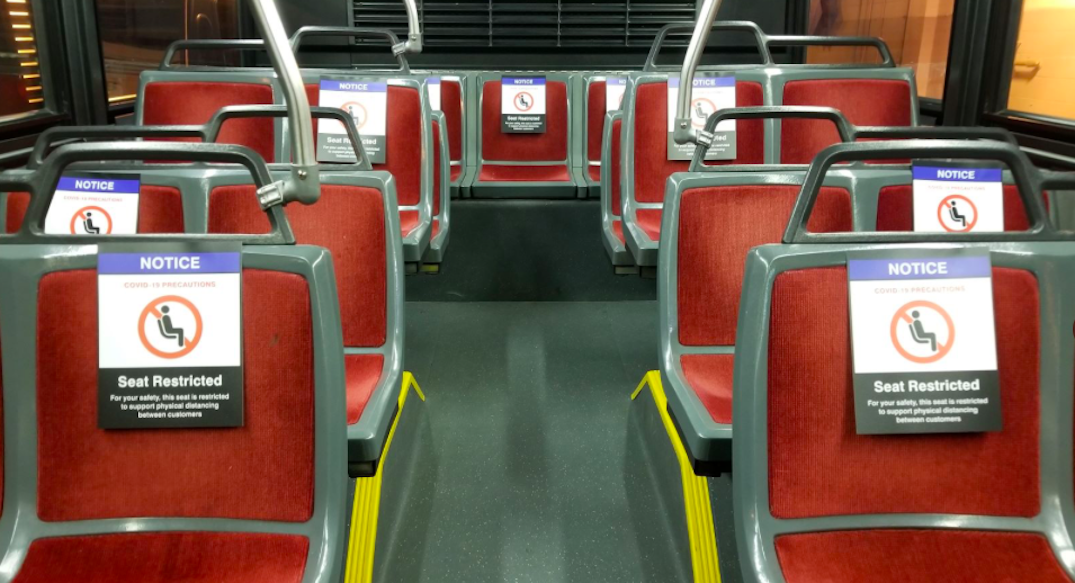 Around 25% of people who used to take the TTC before the COVID-19 pandemic say they will not take public transit until a vaccine is discovered.

According to a recent University of Toronto survey, the preliminary results based on 2,753 surveys found that approximately 69% of respondents stopped taking public transit when the province shut down all non-essential businesses on March 15.

The TTC says there has been an 85% decline in ridership over the course of the pandemic so far.

The survey found that roughly 25% are waiting for a vaccine before riding the TTC again, but 63% of riders who are not currently using public transit, said they would ride the TTC after Stage 3 of the province’s framework for reopening the economy is reached.

“These results should be interpreted with caution, as they may reflect respondents’ attitudes towards the severity of the crisis in Ontario at the time they completed the survey, rather than what respondents may actually do,” the UofT researchers said.

When these individuals were asked if they would be more inclined to take transit if the TTC mandated wearing masks or enforced strict passenger limits, both policies proved to be popular. 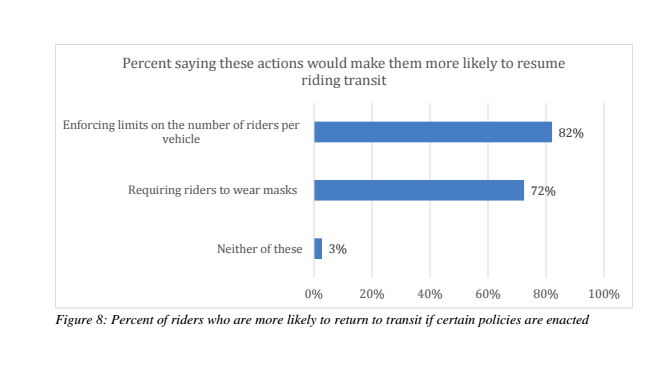 The survey also found that those still taking transit are generally male, earn less than $80,000, are over the age of 50 and identify as Filipino, Latin American, South Asian, Middle Eastern, Southeast Asian, West Asian, or Black.

But the authors emphasize that these numbers show a comparison amongst frequent transit users, not the general population. The researchers have defined frequent public transit users as individuals who use the transit more than once a week prior to March 15.

And of the 460 essential workers who responded to the survey, around two-thirds still continue to take public transit. The continued transit use is highest amongst retail workers, which includes grocery stores, at 72%.

The TTC has already begun to section off seating on its vehicles in order to promote physical distancing on everyday commutes. 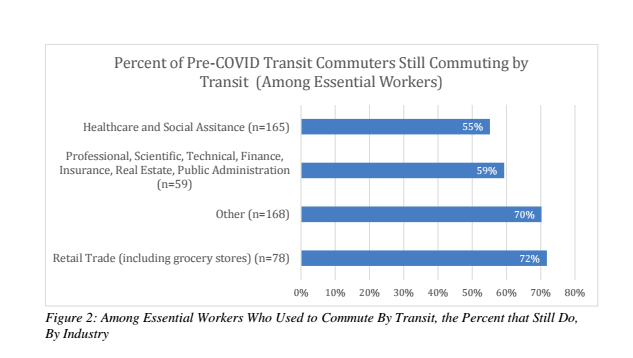 Because ridership is down by 85%, the transit commission is losing around $20 million a week from the drastic decline in riders.

On April 23, the TTC announced temporary layoffs of 1,200 employees during the pandemic, affecting service routes, which started on May 10.