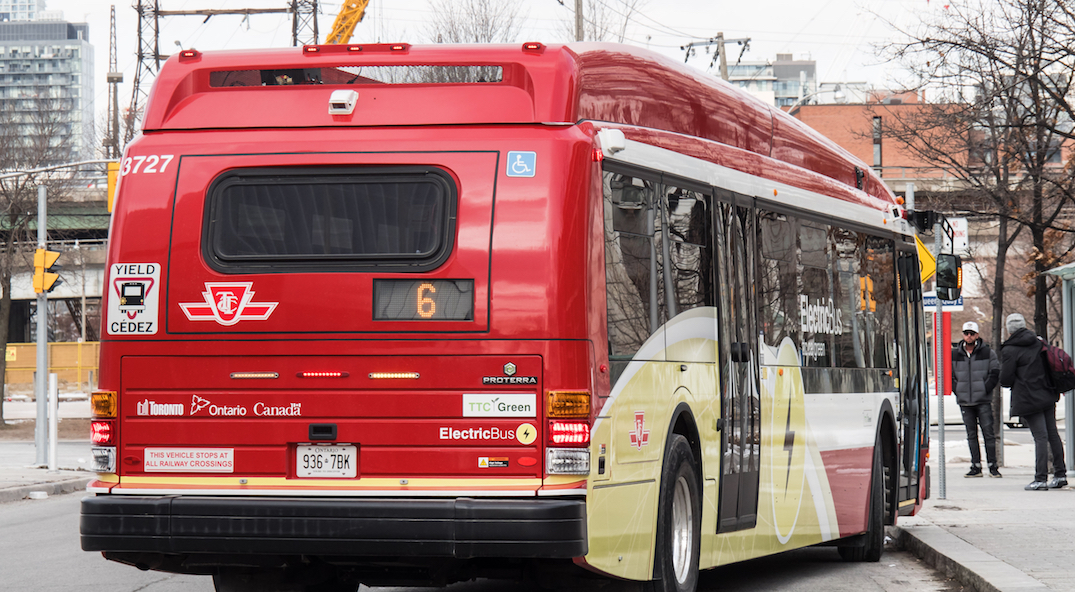 Starting in May, some TTC service changes will be made to accommodate the decreased ridership and recent layoffs of 1,200 staff due to the economic pressures the transit system is experiencing from the COVID-19 pandemic.

On Friday, TTC spokesperson Stuart Green told Daily Hive that in the last few weeks existing schedules have been unreliable, causing an inconvenience for customers.

And beginning on May 10, new schedules will be made to “match the level of modified service that exists today,” Green said.

According to Green, all 900 series buses, except 900 and 927, will remain local and express will not be coming back for now.

The 140 series premium services are being redeployed as they are not being used right now, said Green, and the seasonal special services — that run to High Park, Bluffers Park, and Toronto Zoo — are cancelled for the same reason.

Stuart said there are no changes being made to the 300 blue night network and all standard routes remain in place, but some may see slightly longer gaps between vehicles with no route having headways of more than 20 to 30 minutes.

“Our priority is on those routes where we are still seeing high demand to ensure good physical distancing can be maintained,” Green said.

The TTC spokesperson emphasized that changes are related exclusively to the pandemic and once service levels and ridership are up, service will resume like before.

On Thursday, the TTC announced the layoffs for 1,000 union members and 200 non-union members as ridership plummeted by 85%, costing the transit system roughly $90 million in revenue a month.

The TTC said other cost-saving measures that are being implemented include significant reductions in expenditures, like pausing salary increases for non-unionized employees, reducing overtime across the organization, reviewing current vacancies, and forgoing all seasonal hirings.

The transit system is also delaying all non-essential capital projects, in accordance with provincial guidelines.