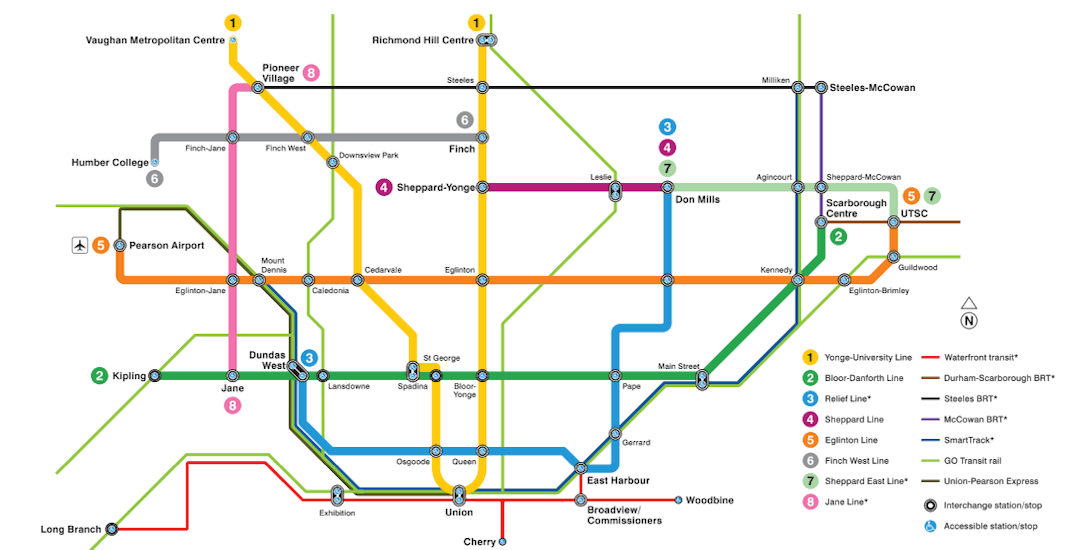 You might soon be able to get from the Toronto Airport all the way to Scarborough Centre directly on the TTC.

That is, if the TTC’s recently released ‘Future Map‘ becomes a reality, as it includes a number of new lines and relief lines.

The Future Map is part of the TTC’s corporate report, which outlines current projects the TTC has planned for over the next five years and beyond.

“This map reflects the planning priorities of the City of Toronto, as presented to City Council on March 31st, 2016, and is a vision of what future rapid transit in Toronto could look like,” states the TTC in the report. “The map does not reflect the level of funding commitment or analysis undertaken to date. This map includes both TTC and Metrolinx transit lines, which form a new, integrated transit network within the City of Toronto.” 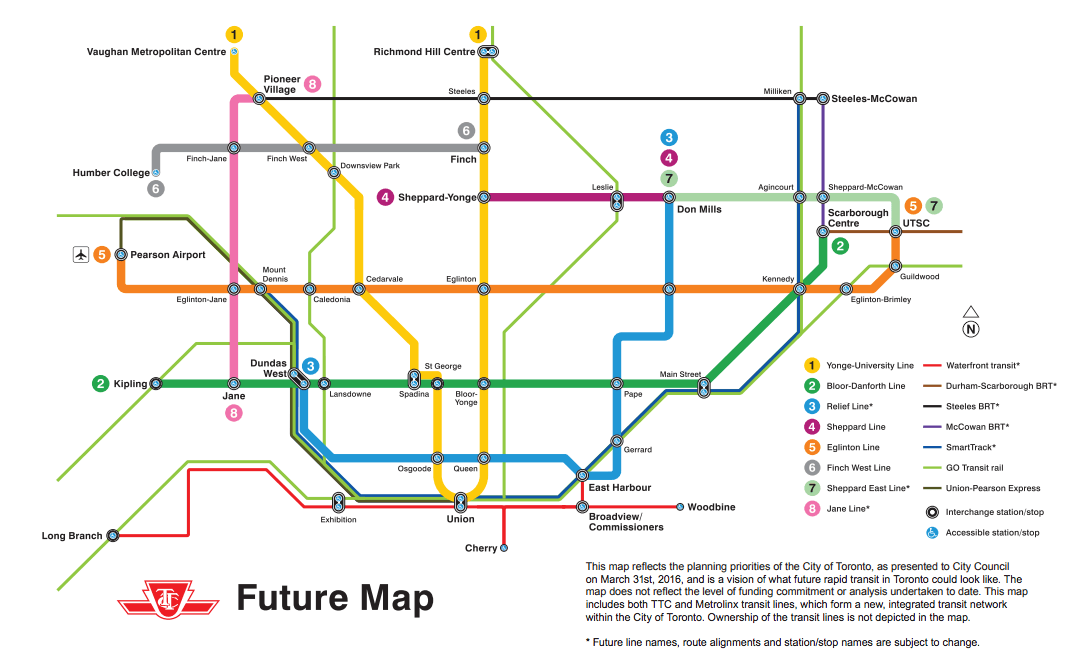 The future of the TTC could see the addition of four new lines including the Eglinton Line, which could open in 2021, and Finch West line (2022), as well as an impressive “Waterfront Transit”, which would extend services along the waterfront in five segments.

While many of these TTC additions are years away, they are definitely something to be excited about.

Here’s another look at this dreamy future map. 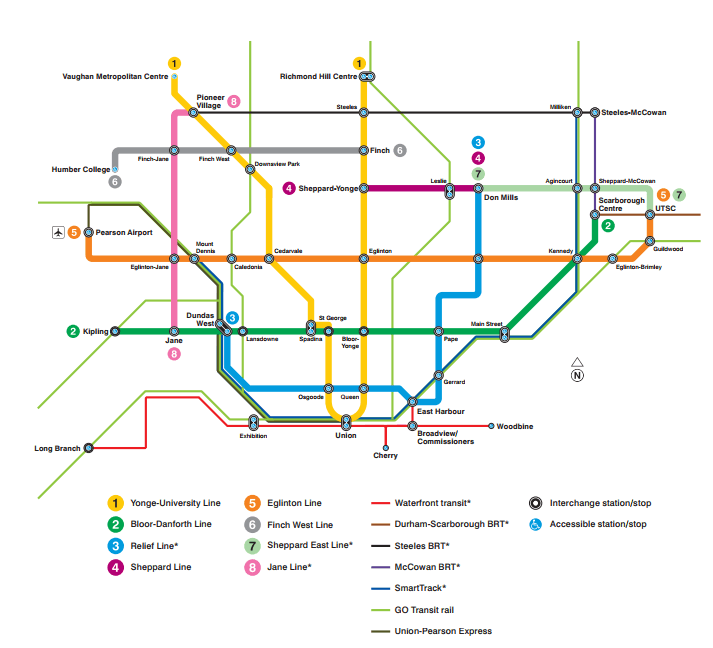