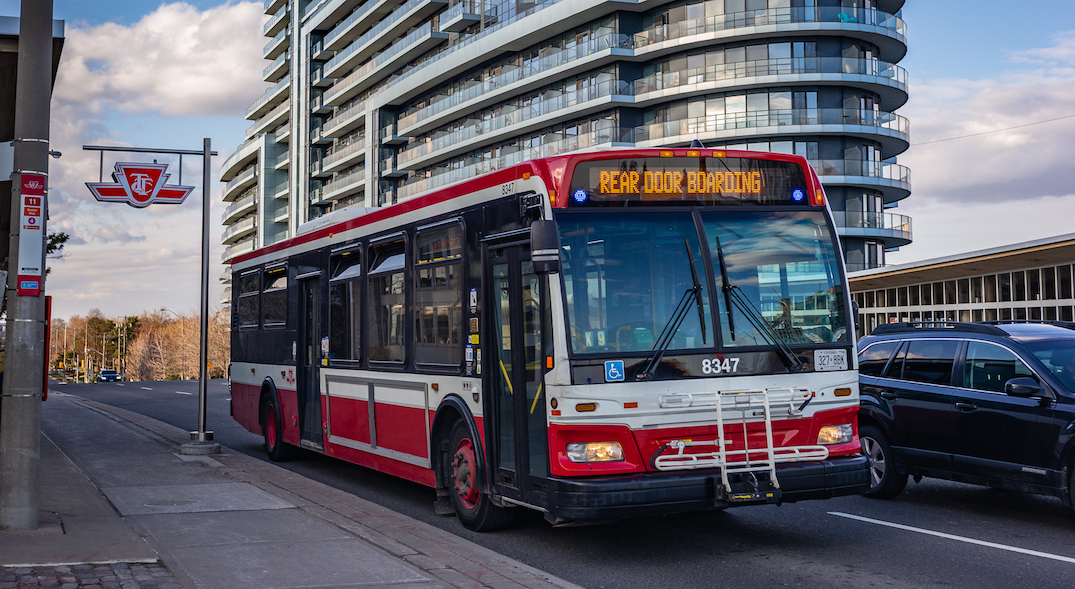 The TTC is renumbering two Toronto bus routes this weekend.

The TTC said the changes are being made in anticipation of the Eglinton Crosstown LRT starting service in 2022, and the Finch West LRT opening in 2023.

The new routes will be named Line 5 and Line 6, respectively.

“The TTC is going about this in a careful way to make sure riders have plenty of notice, but this change is needed so our new rapid transit lines are properly named from day one,” said Toronto Mayor John Tory.

The TTC said that the buses’ scheduled and routes will not be affected by the name changes. To assist customers with the transition, the TTC is placing signage along the affected routes.

The 6 Bay bus operates from Dupont Street to Queens Quay East, and east to Lower Sherbourne Street. It also serves the Bay and Union subway stations.

“With the completion of the Eglinton Crosstown LRT as soon as 2022 and the Finch West LRT in 2023, we’re eagerly working to prepare our staff and our customers for the significant increase in service and changes to the system,” said TTC CEO Rick Leary.

Once complete, the Eglinton Crosstown LRT will be known as Line 5 Eglinton. It will include 25 stations along Eglinton Avenue, from Mount Dennis to Kennedy Road.

The Finch West LRT will include 18 stations along Finch Avenue West, from the Finch West subway station to Humber College. It will be known as Line 6 Finch West upon opening.