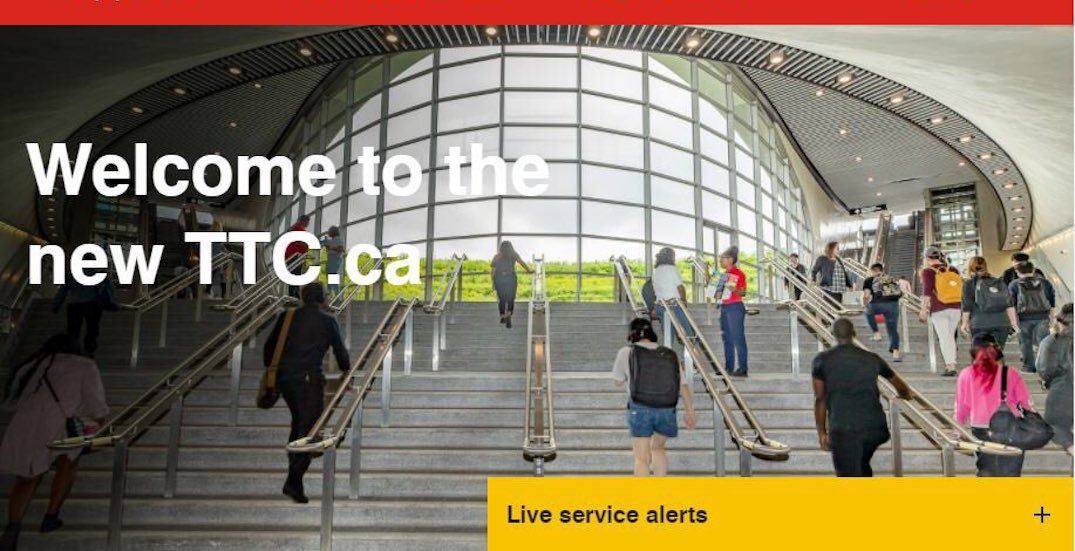 The TTC is getting a new and improved website.

At Tuesday’s board meeting, a presentation called Rebuild and Redesign of TTC.ca showed a peek of what the new website looks like.

According to a TTC report, the new site will launch in July 2018, replacing the current version that was designed in 2008 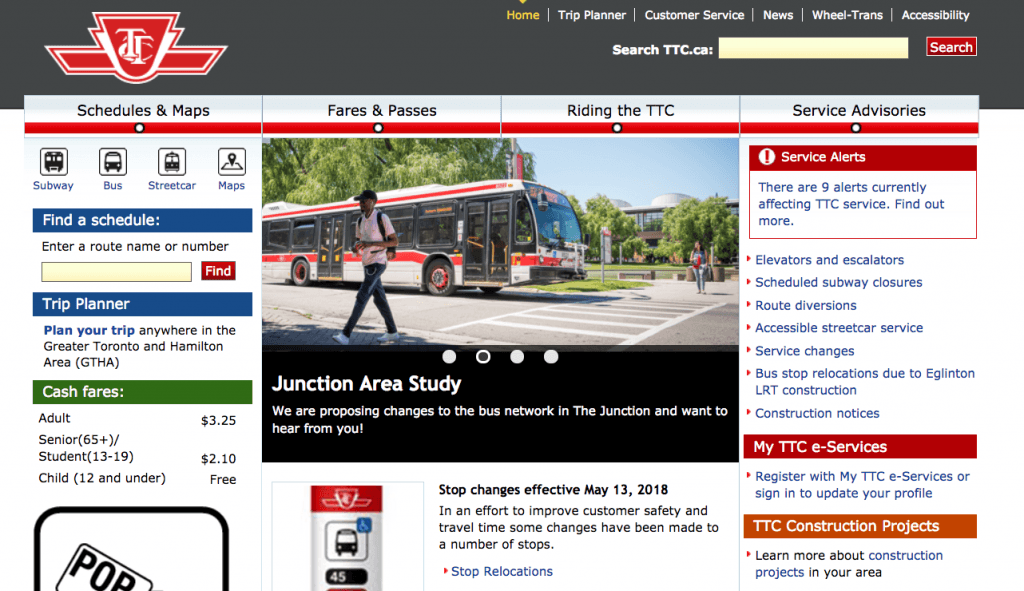 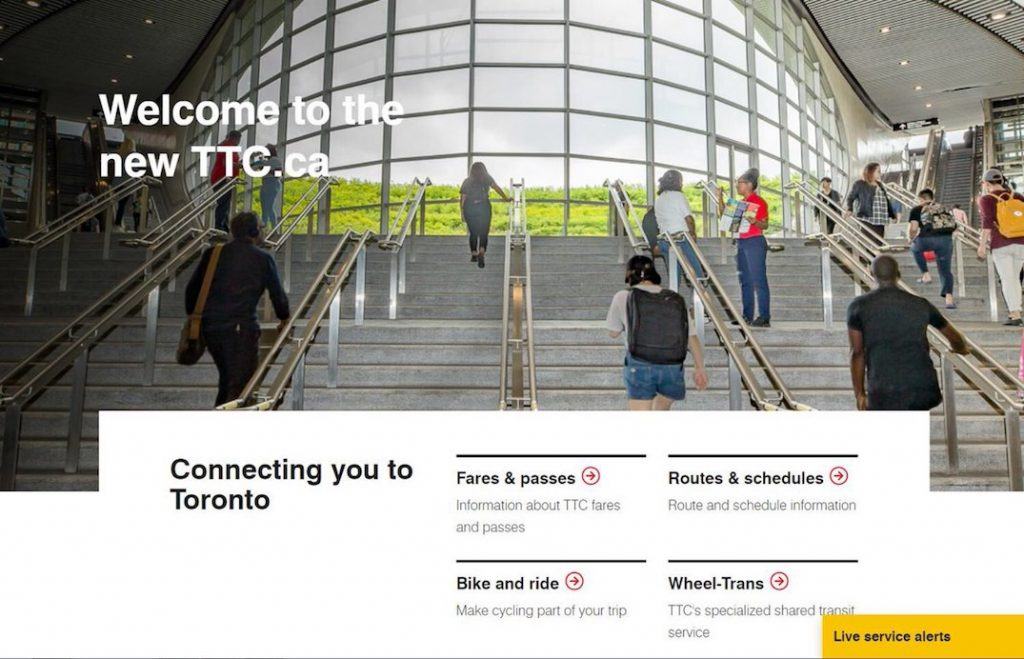 The report said that the “TTC’s 2018-2027 Capital Budget and Plan approved by Council on February 12, 2018, includes an estimated cost of $3.0 million with spending authorization of $3.0 million for Web and Digital Service Development & Hosting.”

With the 2017 year-end actuals spending at $0.5 million, remaining funds of $2.5 million will remain available.

TTC’s Brad Ross tweeted that the site will be mobile friendly and fully accessible. He also said that the alerts will “travel” from page to page.

The site will be mobile friendly (adapt to your device) and be fully accessible. A third party accessibility audit is being carried out now.