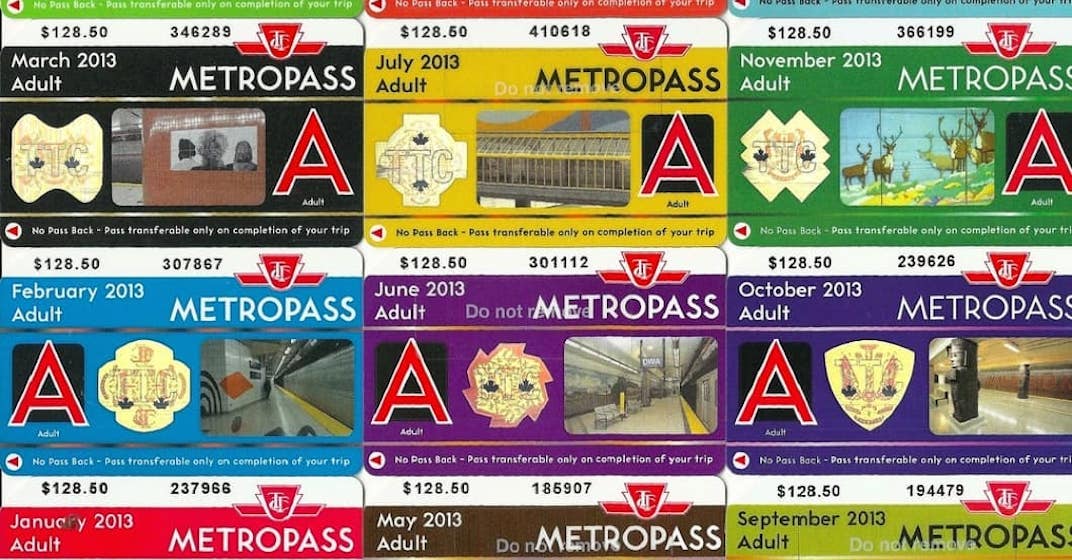 The days of purchasing TTC Metropasses are over, as the transit authority has officially phased out the nearly 40-year-old payment fixture.

On Monday, December 31, all TTC Metropasses were discontinued and now monthly passes are only available on PRESTO.

The Metropass phase-out is apart of the TTC’s transition to the PRESTO fare payment system. Tickets and tokens will also be discontinued by the end of 2019.

According to the transit authority, the TTC Monthly Pass on PRESTO will still cost riders the same amount ($146.25 for adults and $116.75 for seniors/youth) and provides the same unlimited travel service as a regular Metropass.

The 12-Month Pass on PRESTO costs the same ($134 for adults and $107 for seniors/youths), requires the same 12-month commitment and provides the same monthly discount and unlimited travel as the Metropass Discount Plan (MDP).

According to the TTC, the first Metropass was a paper card that required TTC photo ID to use. It went on sale on April 7, 1980, for the month of May at a cost of $26.