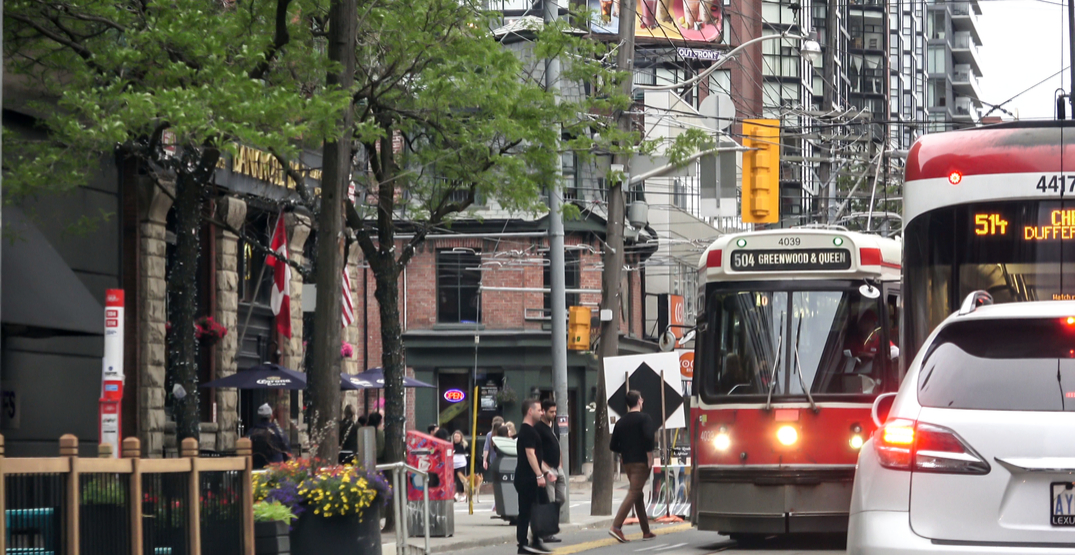 The King Street Pilot project will continue for another seven months after City Council voted in favour to approve its extension Thursday afternoon.

With a vote of 19 to three, councillors approved the extension of the project until July 31. Councillors Mike Ford, Stephen Holyday and Jim Karygiannis voted against the motion.

With an overwhelming 19-3 vote, City Council has voted to extend the King Street Pilot. The big debate to (finally) improve it and make it permanent will take place early in 2019. pic.twitter.com/vZ7hFwTsma

On the one year anniversary of the project’s launch, a study revealed the pilot has improved travelling down King Street for pedestrians, cyclists and transit riders. Because of this, city staff have recommended that Council make the transit pilot permanent.

A report that was presented at City Council on Thursday included a robust monitoring and evaluation program, and a wide range of data that was collected both before and during the pilot to assess the impacts and benefits and inform the final evaluation for Council’s consideration.

With that, a comprehensive evaluation report on the pilot will be brought forward to the Executive Committee and TTC Board in the first quarter of 2019 to decide if the project will become permanent.

The report indicates that the funding required to operate and maintain the King Street Transit Pilot until July 31, 2019, is expected to be approximately $210,000. Staff say that this funding is needed for anticipated expenses for signage and pavement markings, traffic signal maintenance, maintenance of public realm spaces and winter operations.

And should City Council not approve the continuation of the King Street Transit Pilot, the estimated cost to remove the pilot project and reinstate the previous roadway configuration would be approximately $500,000.