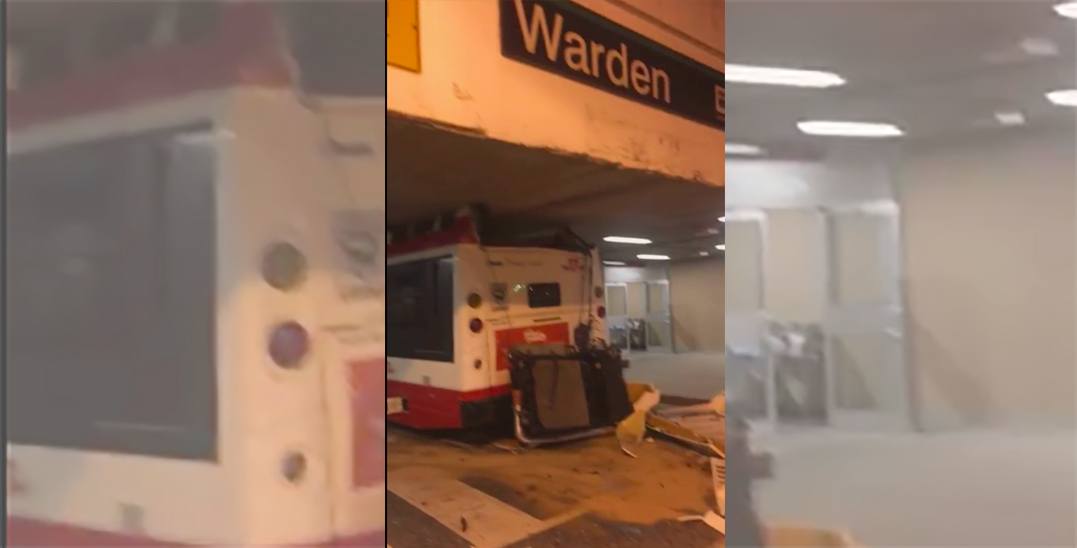 Social media users have been scratching their heads after a TTC bus was caught trying to squeeze through a tunnel at Warden Station.

The incident is believed to have taken place on the evening of Wednesday, December 26. Videos uploaded onto both Facebook and Reddit show the vehicle barely being able to fit into the tunnel, which had a clearance height of 2.9 meters.

Extensive damage to the top of the bus and tunnel can be seen, as well as debris from the vehicle ripped off and scattered near the entrance of the tunnel.

“I think you’re taller than 2.9 metres, but, you made her fit,” narrates the social media user who captured the video.

Other clips show emergency crews and what look to be members of the TTC on site, surveying the damage.

Although there’s been no explanation as to how or why this happened, Reddit users seem to believe it’s due to a new or inexperienced driver.

If so, that’s a first day on the job.