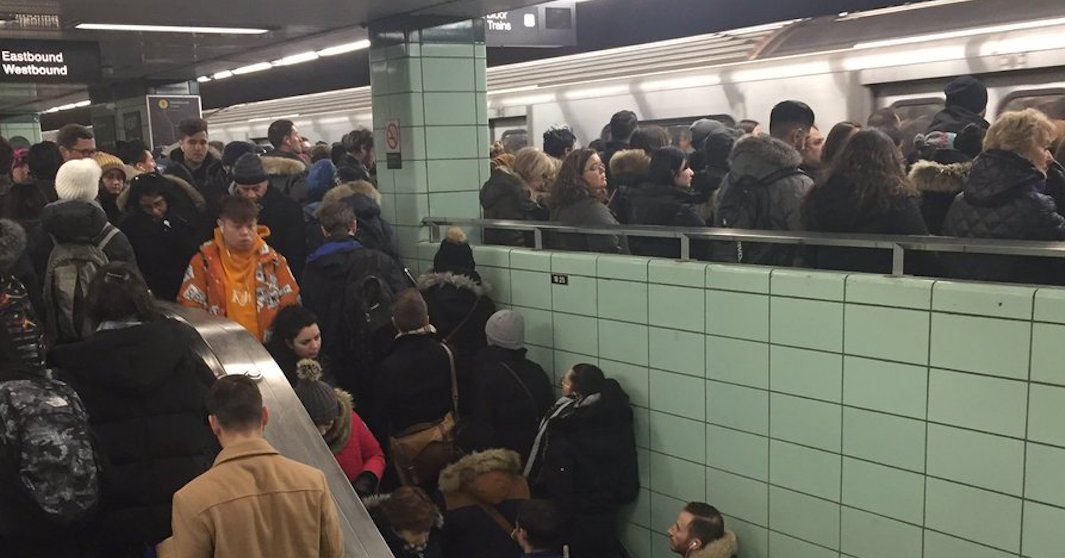 If today’s cold weather wasn’t enough to put you in a bad mood, the commute on the TTC this morning probably was.

Many were delayed on Line 1 Yonge-University as a signal problem impacted the morning service.

Transit riders were advised there would be delays of up to 15 minutes but in true TTC fashion, this ended up being a much longer wait.

Line 1 Yonge-University: Delays of up to 15 minutes between Bloor-Yonge and Finch while we fix a signal problem

The delay, regardless of how brief it was, resulted in chaos at the stations, as commuters were forced to cram on platforms as they waited for trains, a scene that can make anyone feel claustrophobic.

Photos shared on social media even show people crammed on station steps as they waited, further showing that dangerous overcrowding continues to be an issue for commuters.

Heck of a signal problem on TTC’s Line 1 this morning. Literally a standstill on the stairs at St. George. What’s the plan here, @cityoftoronto & @fordnation? Our population’s doubling in the next decade. We need to be building more infrastructure now. #ttc #toronto #transit pic.twitter.com/PLlLyIT8ar