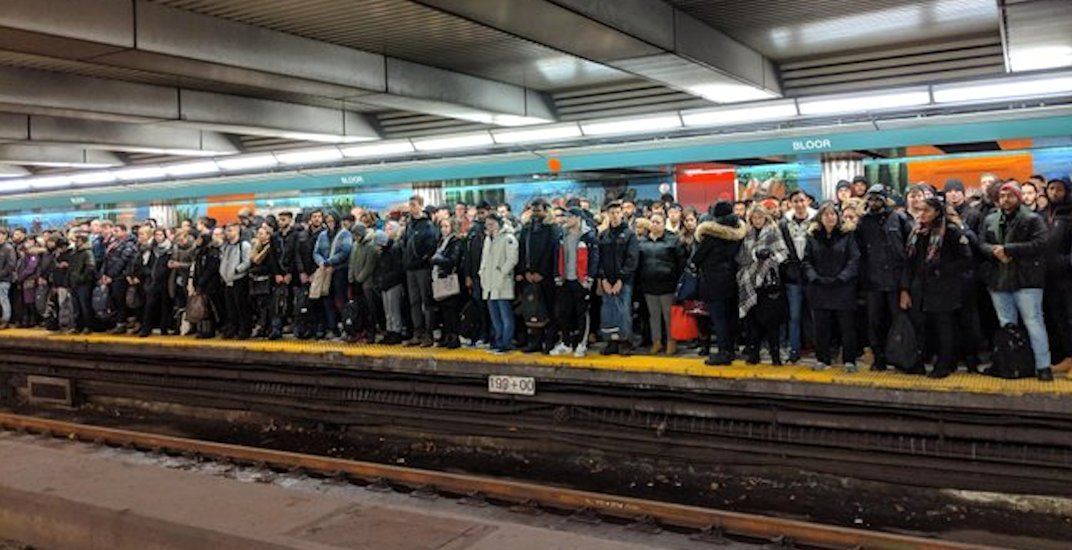 Commuters were in for a major headache this morning, as an early morning delay caused chaos at a number of Line 1 stations.

Just after 7 am, the TTC warned there was going to be “major delay” on Line 1, southbound from St Clair West to Museum as crews worked to fix a signal problem.

Line 1: Major delays southbound from Wilson to Museum while we fix a signal problem.

While the TTC did issue a number of warnings, commuters were still very upset as the delay resulted in overcrowding on a number of subway platforms including Sheppard West and Bloor-Yonge.

Not to mention the initial 15-minute delay turned into a 45-minute wait for some riders.

The crowds at Sheppard West station this morning from r/toronto

#CityofTO I think the ttc needs to conduct an independent mechanical audit of their equipment to determine who is slacking and who to fire. All this continuous signal and track crap sounds like a sabotage to me. pic.twitter.com/adQbo1D67c

People have jobs and you’re fixing a signal problem during the busiest time of the day??? I would think overnight when the trains aren’t running you could test the signals to make sure they’re working. Comical

It has now been 40 minutes since I left Sheppard West and we haven’t even reached Glencairn.

The TTC has since apologized for this morning’s chaos.

“With apologies to our customers. We have a broken signal on Line 1 s/b at Museum Station that is creating a backlog of trains coming into the core. We are well under capacity on the Yonge side as a result,” said Stuart Green, Senior Communications Specialist at the TTC.

Because of the delays, shuttle buses were deployed on Yonge-Eglinton to Union.

Attention Customers: Line 1 Buses will be operating from Eglinton to Union Stations to supplement the subway service during this delay southbound at Museum Stn.

Green said, “GO protocol” is also in effect, so riders can ride trains at TTC prices and added, “we’ll be looking at fixes so PM service is better.”

But hey, at least the TTC can write you a note if you’re late for work, and in this situation, we have a feeling a lot of riders are going to need one.