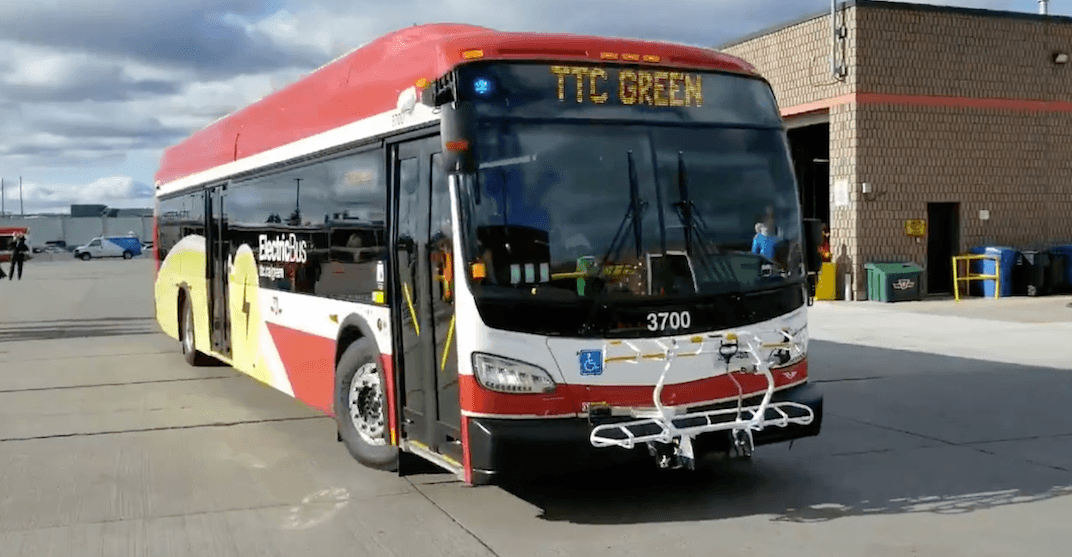 The TTC is adding more all-electric buses (eBuses) to its fleet this weekend.

Vehicles from Proterra Inc., one of three companies manufacturing electric buses for the TTC, will be based exclusively out of Mount Dennis, and the first route with the Proterra buses will be 6 Bay.

By the first quarter of 2020, the TTC will have 60 eBuses on the street, making up one of the largest mini-fleets of electric buses in North America.

“Our city is committed to tackling climate change with meaningful action,” said Mayor John Tory in a statement.

“Investing in electric buses is one of the many ways Toronto is working to reduce its greenhouse gas emissions while improving our transit system.”

According to the transit agency, the TTC’s Arrow Road Bus Division was the first location to be outfitted with the leading-edge charging technology and the TTC’s Eglinton Garage will follow later this year.

Ten New Flyer eBuses are already in service, operating out of the Arrow Road Bus Division, and nine additinal Proterra vehicles will enter service in the coming weeks as each completes testing and commissioning.

The TTC says the electrification of vehicles is a key component of the city’s TransformTO climate action strategy, which targets an 80% reduction in local greenhouse gas emissions by 2050.

To meet that target, 100% of vehicles in Toronto must transition to low-carbon energy by 2050.