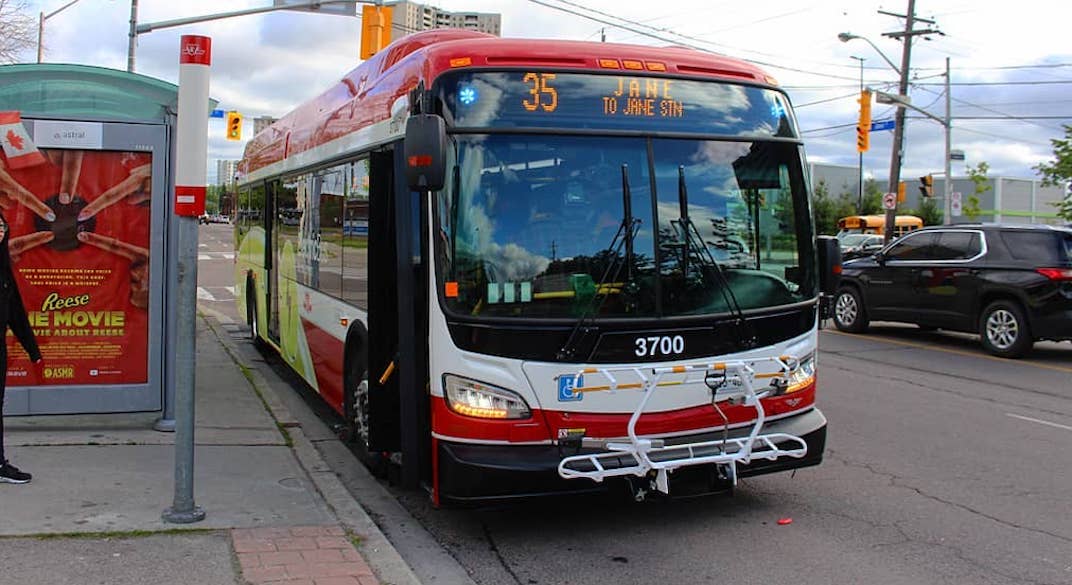 The first of the TTC’s zero-emission electric buses has officially rolled into service on the 35 Jane route.

The bus, which was manufactured by New Flyer Industries Inc., arrived in Toronto in April and has since undergone testing and commissioning as well as operator training.

And it’s off! The inaugural ride of the #ttc ‘s first @newflyer clean, green electric bus is underway! 60 buses on the way from three manufacturers in the next year, full zero-emission fleet by 2040. Read more at https://t.co/ZaHQZNzX7w pic.twitter.com/K5m0AeCPgK

At the time, TTC spokesperson Stuart Green said by the end of the year, the transit authority will have 60 electric buses on the streets, making the transit agency a “national clean-tech fleet leader.”

This also makes up one of the largest mini-fleets of electric buses in North America.

In addition to New Flyer, the TTC is also procuring electric buses from Proterra Inc. and BYD Canada Co. Ltd., allowing the TTC to inform future procurement through a head-to-head evaluation, according to a statement from the transit authority.

By the end of 2019, the TTC expects its fleet will be comprised of three different propulsion technologies that would include clean diesel, hybrid electric, and battery electric.

The TTC’s new eBuses operate on green propulsion technology with zero tailpipe emissions. In Ontario, generation of electricity for overnight charging is 100% nuclear and completely free of GHG emissions, according to the transit authority.

“Our city is continuously looking at ways to reduce our carbon emissions, introducing electric buses to our robust fleet is one of the many ways we are advancing the TTC and demonstrating our leadership in becoming an environmentally friendly city,” said Mayor John Tory.

Together, the federal government and the City of Toronto are investing $140 million in these electric buses as part of the federal Public Transit Infrastructure Fund (PTIF).

This fund is helping keep Torontonians moving through investments in the repair, modernization, and expansion of the city’s transit and active transportation networks.

In total, up to $1.8 billion is being invested in Toronto through PTIF, which was launched on August 23, 2016.