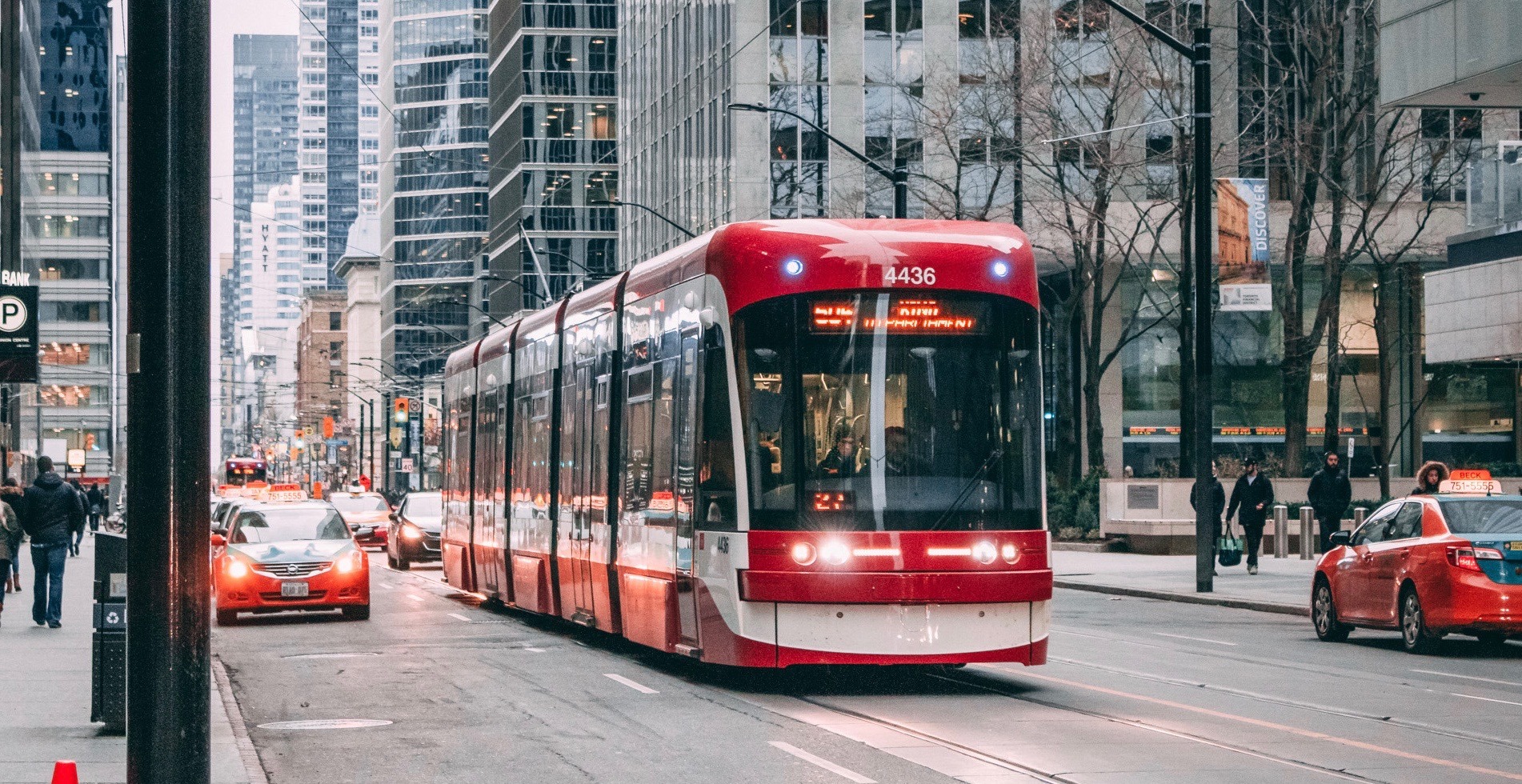 The TTC is looking for ways to improve its service reliability and relieve overcrowding on its system.

According to a report heading to next week’s TTC Board meeting, the transit system will be looking at four “capacity improvements” that would be implemented in the short-term, beginning in the fall of 2018.

“These capacity improvements will be made on Line 1 and 34 bus routes, and will improve the predictability and consistency of service, reduce wait times and crowding and enhance the transit network for customers,” states the report, which adds that this will also benefit up to 90 million customer trips per year.

The TTC says that additional subway trains are now available for service on Line 1 to alleviate crowding in the morning peak period. These measures will help prevent extreme overcrowding as experienced by customers on January 30.

Following the incident, the TTC took actions to improve the reliability on its busiest subway line.

The TTC will now add three “run-as-directed” trains by the fall to manage overcrowding. The purpose of these trains is to fill-in service gaps. 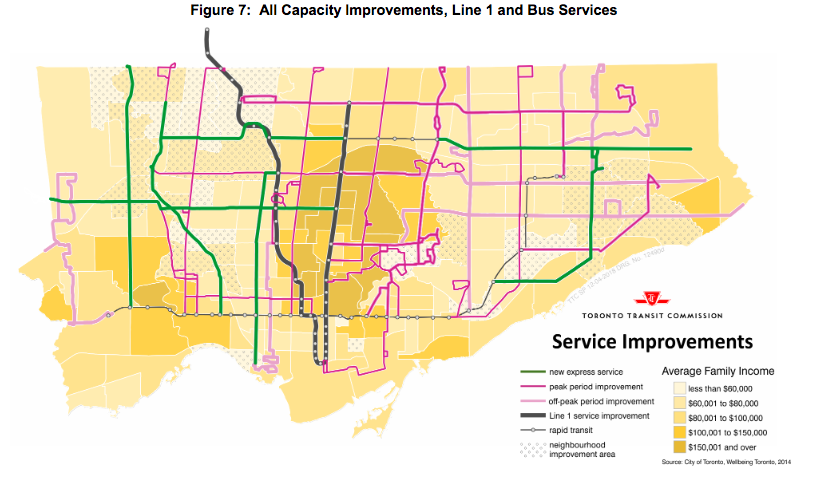 This spring, the TTC added 10 station staff to help manage crowding at Bloor-Yonge and St. George stations. And next month, the TTC will have more service available to northwest Toronto between approximately 6 pm and 9 pm. Additional service will operate north of Sheppard West station, which will improve travel times and wait times for customers.

And by fall, the TTC says it also aims to improve the start of subway service resulting in more reliable and predictable travel for customers. According to the report, this will be achieved through infrastructure improvements at Wilson Yard, primarily the commissioning of the north hostler. This improvement minimizes access conflicts with work cars returning to the yard in the early mornings, ensuring that all AM peak period trains are deployed as scheduled. 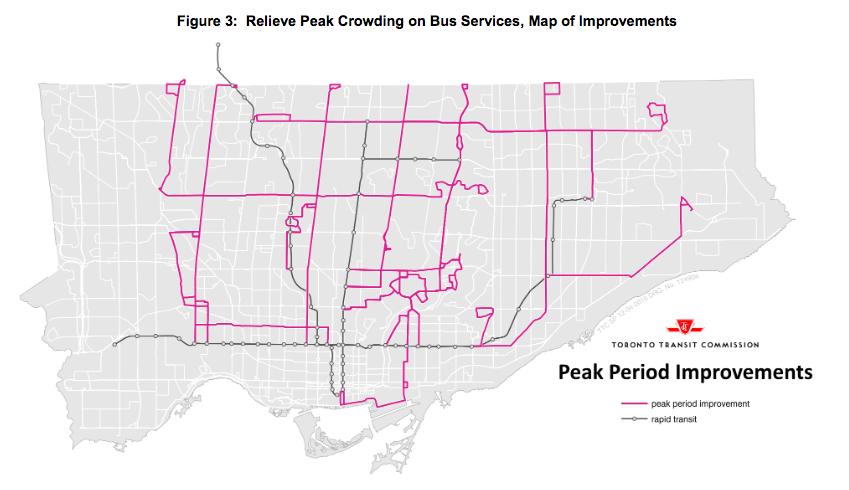 As well, the TTC will add more buses on routes starting this September, which will immediately reduce wait times and crowding levels.

The routes with additional buses this fall are as follows:

More express buses will be available in the fall on seven routes. The seven new express services will relieve crowding on three routes and address crowding on four routes that are expected to approach standard in the next 1-3 years based on projected growth in ridership, states the TTC. 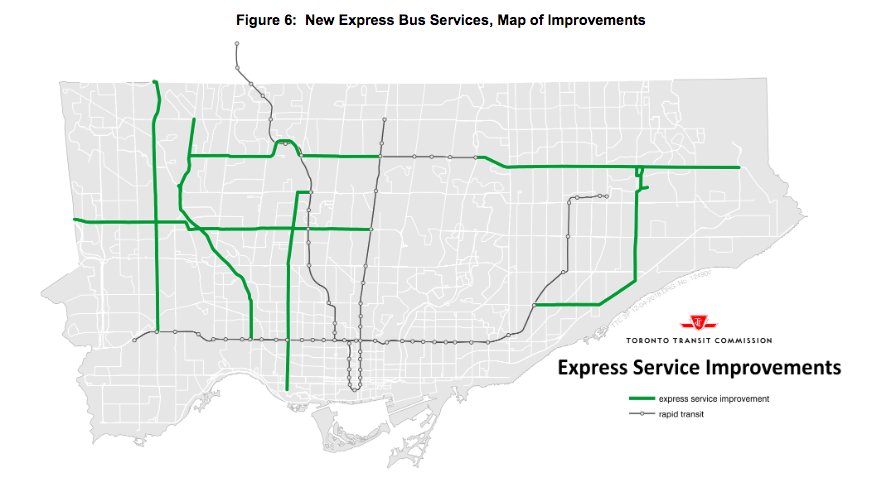