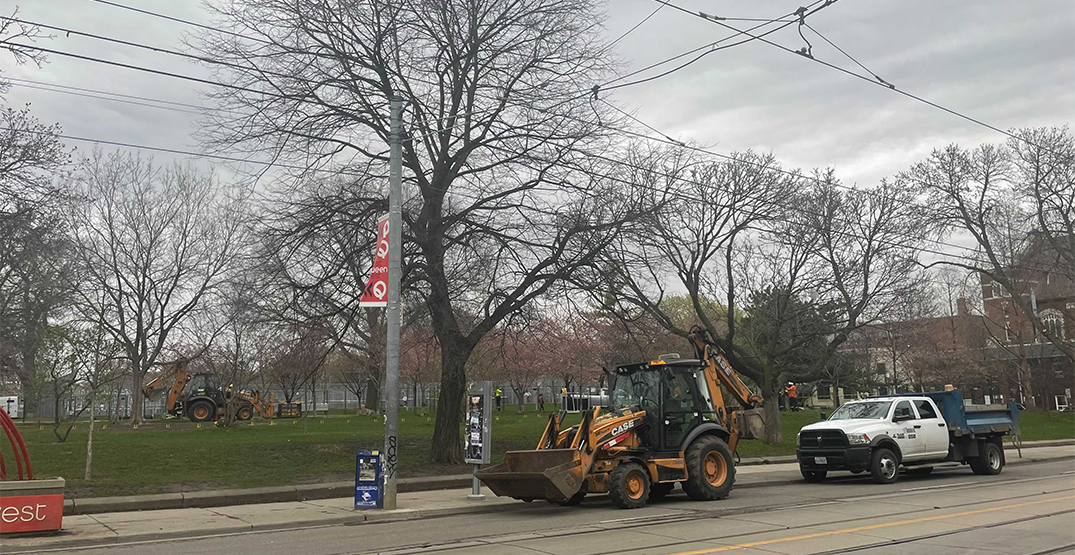 This is the second year in a row the park’s cherry blossom trees have been enclosed in fencing to prevent crowds from forming during the pandemic, City spokesperson Jaclyn Carlisle confirmed.

This week Mayor John Tory announced that High Park’s popular cherry blossom trees would also be temporarily enclosed in fencing during the peak bloom period to prevent people from gathering.

The date when High Park’s cherry blossoms will be fenced off hasn’t yet been announced, but it appears work is already underway in Trinity Bellwoods.

“City enforcement officials and Toronto Police Services may patrol other smaller sites of cherry blossoms in Toronto,” the City said in a news release about the High Park blossoms Wednesday.

The trees in Trinity Bellwoods are being cordoned off a little earlier this year than last year. In 2020, the City erected fencing at the end of April.

The City doesn’t plan on fencing off cherry blossoms in other parks at this time because there aren’t large clusters of them.

“Historically, they do not experience the crowding that is typically seen at High Park or Trinity Bellwoods during peak bloom,” Carlisle said.

During the pandemic, the City has set up a 24-hour 4K bloom camera in High Park so people can watch the flowers bloom from home.