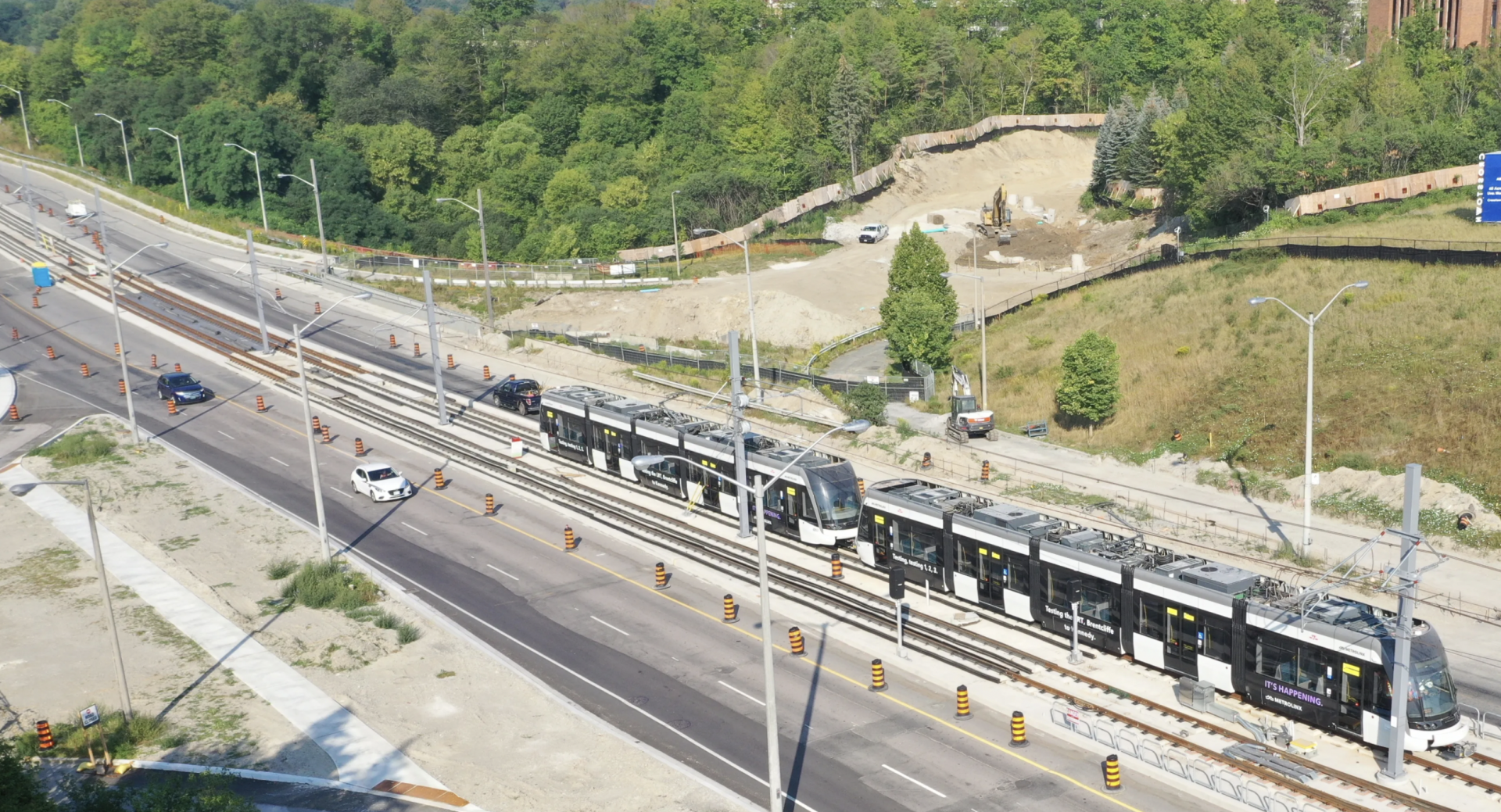 If you see trains zipping along the new Eglinton Crosstown LRT, don’t be alarmed. Metrolinx is just testing out vehicles on the freshly laid tracks.

With the 19-km rail line set to open next year, vehicle testing is underway and trains are rolling down the tracks at higher speeds to carry out brake tests and concurrent vehicle testing.

This marks the second phase of the Eglinton Crosstown’s testing after crews brought six LRT vehicles to a surface section of the track near Rosemount Drive earlier this year to test the communication systems, signals, and running the vehicles at low speeds.

Metrolinx released a video of a train leaving the Sunnybrook Park station at Leslie Street, showing how the vehicle crosses at the Leslie Street intersection. Sunnybrook Park is just one of the 25 stations that will be serviced by the Eglinton Crosstown once it opens up. Metrolinx has not yet announced a specific opening date but is expecting service to start sometime in 2022.

Testing is expected to continue for the next few weeks, Metrolinx says, and once it’s complete in the fall, the six LRT vehicles will be brought back to the maintenance and storage facility.

Metrolinx is reminding Torontonians that there are still active construction sites along Eglinton, so pedestrians, cyclists, and motorists should continue to exercise caution.