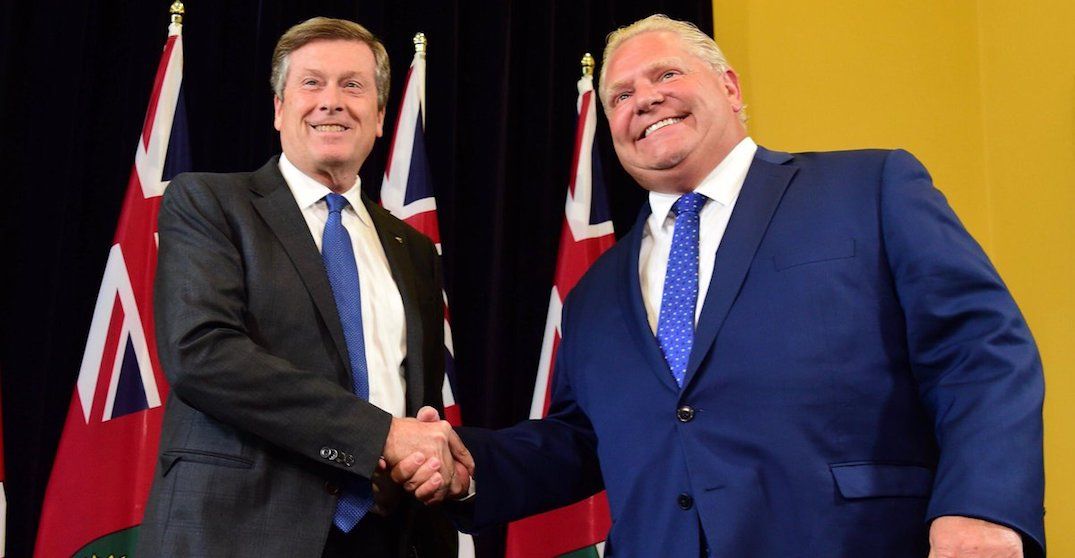 The agreement — which is still subject to city council approval — secures an almost $30 billion investment in new transit for Toronto and ensures that the existing transit system will remain owned and operated by the city.

Ford first introduced the Ontario Line earlier this year in the 2019 Ontario Budget.

The project will go beyond the coverage of similar areas to the Relief Line South and North, as the 15.5-km proposed line will feature 15 stations, connecting from Exhibition GO station to Line 5 at Don Mills Road and Eglinton Avenue East, near a new Science Centre station.

It’s estimated to cost $10.9 billion to build and the city says it’s expected to be completed by 2027, which is two years sooner than the accelerated Relief Line South.

In a report released today, both city and TTC staff concluded the Ontario Line is not only “viable” but it has merit and will provide relief for the city’s existing subway system and bring major transit improvements to even more neighbourhoods including Thorncliffe Park and Flemingdon Park.

“As a mayor who was elected to get on with building transit and who was elected on a promise to work with the other governments, I believe this is our way forward and the only way we will ensure, for this generation of Toronto residents and future generations, that transit gets built,” said Mayor Tory.

While Tory said he’s happy with the agreement reached with the province, it will still require city council’s approval. The item is scheduled into their agenda for October 23. 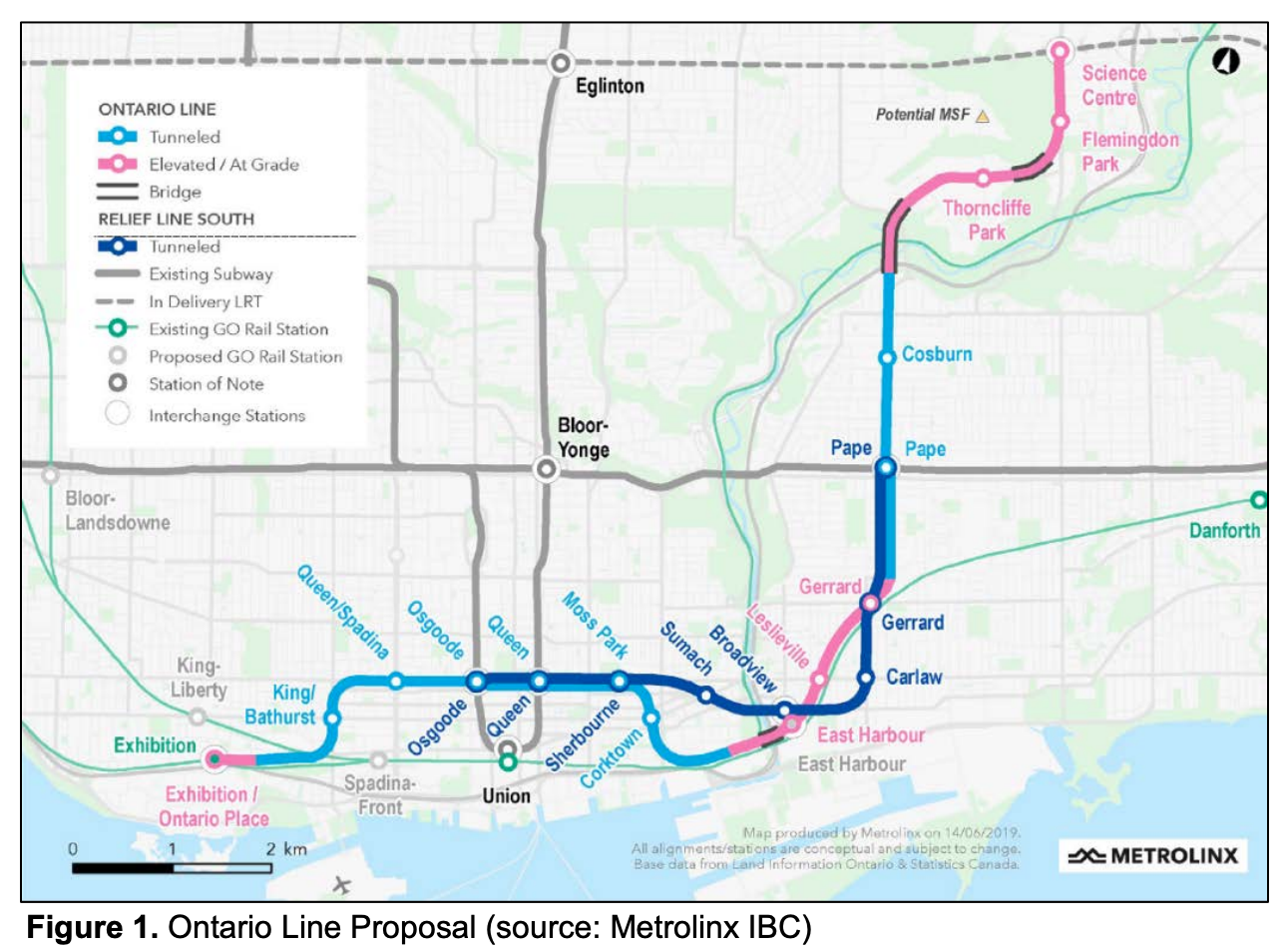 The newly released report also notes that more than $5 billion of city funding can go towards “state of good repair” for Toronto’s existing transit system and to build other priority projects like the Eglinton East LRT and Waterfront Transit lines.

Highlights of the agreement include:

“The detailed report released today from our city and TTC staff professionals makes the case for why city council should pursue this plan, why it’s a good deal for Toronto residents, especially those who use transit, and for the city’s long-term finances,” said Mayor Tory.

“It also explains clearly that the province has agreed to leave the existing subway system as part of the TTC — owned by the people of Toronto. This was a key requirement of council when we entered into these discussions.”

Premier Ford says he welcomes Tory’s announcement and is ready to “move forward with a new and ground-breaking partnership to transform transit in Toronto and get shovels in the ground as soon as possible on these critical projects.”

Ford added that he looks forward to finalizing the arrangement that will help build more transit faster and provide a seamless and improved transit experience for riders throughout the GTHA.