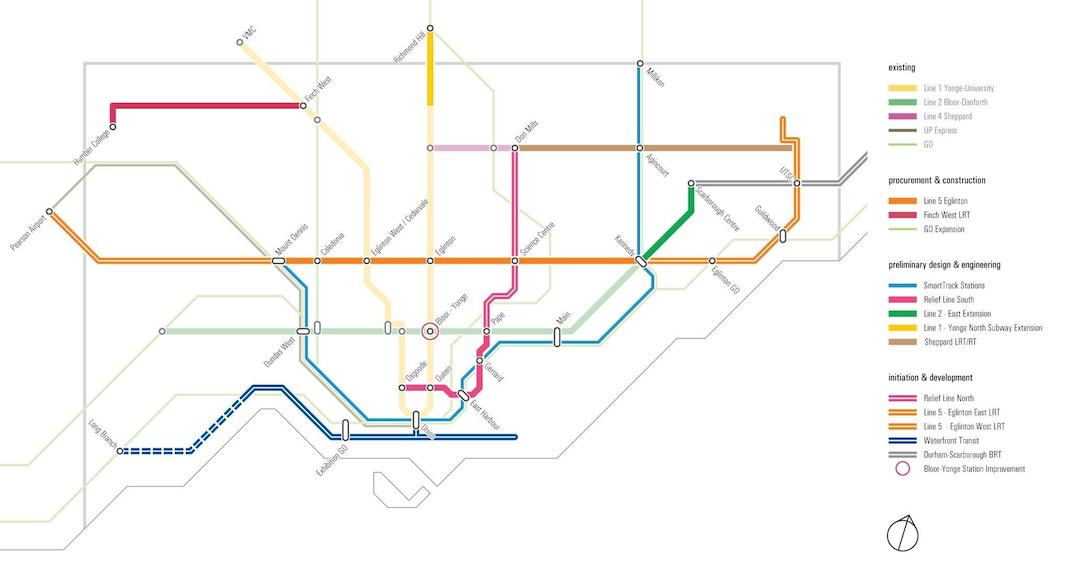 The City of Toronto has released a new map detailing the future of the city’s transit.

The map highlights four-key transit projects, that would require $4.9 billion of federal funding to complete, according to the city.

The four projects include the Line 2 East Extension, the SmartTrack Stations Program, the Relief Line South, and Bloor-Yonge Capacity Improvement.

Relief Line South is currently in preliminary design and engineering and will serve as a new eight-station subway connecting Line 2 at Pape Station to Line 1 at Queen Station and Osgood Station.

The Line 2 East Extension project is a 6.2 km extension from Kennedy Station to Scarborough Centre Station that is now ready to proceed to procurement and construction. Construction is set to begin in 2020.

The SmartTrack Stations Program is a package of six new stations on the Stouffville, Lakeshore East and Kitchener GO corridors, which the city says will have enhanced service running every six to 10 minutes during rush hour.

“Staff showed the progress we have made on our entire transit network plan including the Relief Line, SmartTrack, and the Bloor-Danforth subway extension further east into Scarborough,” said Mayor John Tory.

“As the report makes clear, this is a critical moment to push ahead and actually build transit, to actually build subways, and we have arrived at that moment only because we have been doing the quiet, time-consuming planning and design work — approximately $227 million in work — to get us to this point.

The report goes to city council on April 16 and 17.