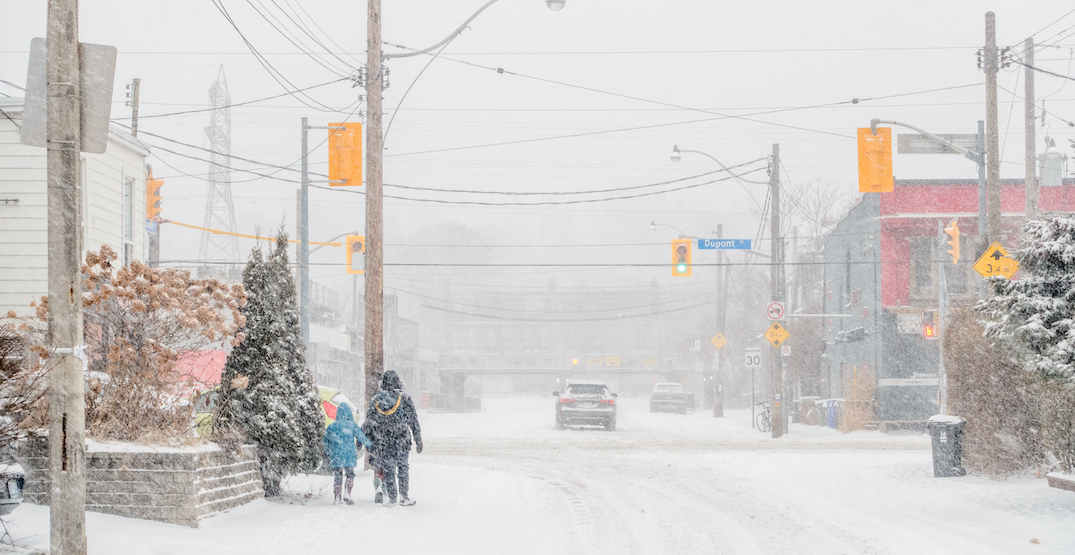 With the amount of snow that fell on Tronto on January 17, it shouldn’t come as a surprise that the City has had to actually scoop up the snow and remove it to designated snow storage sites. But just how much snow has the City had to remove from the streets and sidewalks? About the weight of 160 blue whales.

According to a media bulletin from the City of Toronto, as of Sunday, 17,346 tonnes of snow have been moved to designated snow storage sites. For a more Toronto comparison, that’s about one-tenth the weight of the CN Tower.

Parts of Toronto saw 55 cm of snowfall on January 17, bringing parts of Toronto and the GTA to a halt. Highways closed, men fell to their knees before shuttered restaurants and people watched the snow pile up over 16 hours. Snow removal continues as Environment Canada released a winter weather travel advisory as another storm will drop a few cm on the city.

The snow removal teams have removed snow from 216 km of roads in Toronto, and have taken 5,782 loads of snow off the streets.

The snow removal process continues throughout today, as more snow is expected throughout the day.