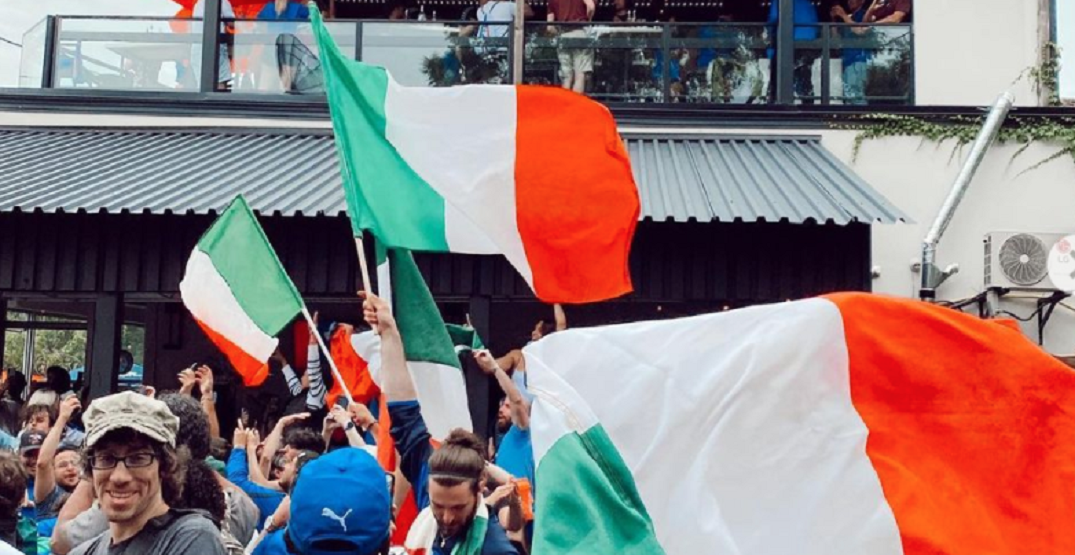 Little Italy was the place to be in Toronto on Sunday afternoon to celebrate a huge international soccer victory.

With the Italian national team coming out victorious over England in a penalty shootout in the final of the UEFA Euro 2020 men’s soccer championship, fans in Toronto showed their support for their favourite squad from across the pond.

Italian fans spilled out all over College Street, which ended up being shut down by local police as a result of the celebrations.

The match ended 1-1 after 90 minutes and remained that way through extra time.

But in penalty kicks, Italian keeper Gianluigi Donnarumma held up England’s Bukayo Saka to clinch the country’s second-ever Euro title on the final shot of the shootout.

Flags, flares, and cheers were the theme of the day, with fans donning the country’s green, red, and white to go along with the team’s famous blue uniforms.

Italy saw themselves go behind 1-0 barely two minutes into the match. England’s Luke Shaw found the back of the net with his first international goal, but Italian centre-back Leonardo Bonucci was able to equalize midway through the final’s second half.

It wasn’t just Little Italy where fans were seen celebrating around the GTA, however.

Woodbridge, located just north of the Toronto city limits as a neighbourhood in Vaughan, was also home to remarkable scenes following the win.

Woodbridge has lost it. pic.twitter.com/zrPhvnedWP

Italy’s victory was their first major tournament win since hoisting the FIFA World Cup in 2006 in an iconic final over France. England, who hosted the final at London’s Wembley Stadium, were denied a chance to win their first international title since a 1966 FIFA World Cup victory.

Italy has now gone without defeat in 33 consecutive international matches, a world record for men’s soccer.