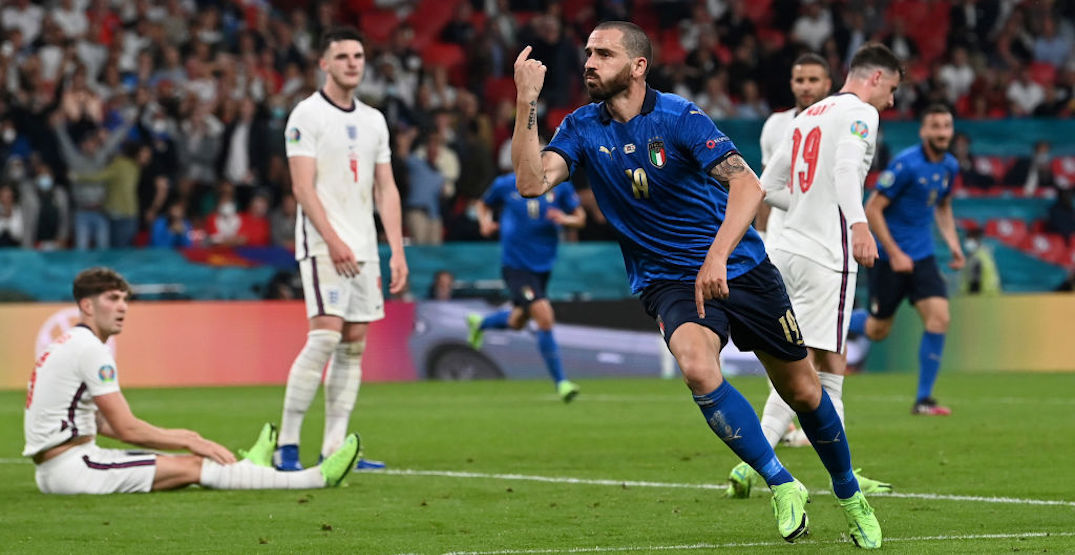 Italian goalkeeper Gianluigi Donnarumma will be remembered forever in his country, coming through with a huge victory over England in penalties of Sunday’s UEFA Euro 2020 Final.

Donnarumma’s stop on Bukayo Saka on the final shot of the night clinched the victory for Italy.

Italy’s Jorginho had a chance to walk it off in the fifth round, but England goalkeeper Jordan Pickford was able to control the save.

Pickford saved Italian forward Andrea Belotti’s kick in the second round of the shootout. Despite Italian keeper Donnarumma diving in the opposite direction, England’s Marcus Rashford clanged one off the outside of the left post in the third round.

Italy last won a major tournament in 2006 when they bested France in the FIFA World Cup Final on penalty kicks.

England had a chance to win their first major tournament in men’s international soccer since their FIFA World Cup win in 1966, also taking place at Wembley Stadium.

Extra time offered a few chances for either side, but it was ultimately decided on a shootout after the score was 1-1 after 90 minutes.

Pickford gathers it just in time to deny Italy the go-ahead goal.#EURO2020 pic.twitter.com/1D66TbEFww

Italian centre-back Leonardo Bonucci, who plays for Serie A club Juventus, pushed the ball across the goal line in the game’s 67th minute to level the score at one.

England got on the board with the fastest goal ever in a Euro final off the foot of left back Luke Shaw, who scored for the Three Lions just 1:56 into the match.

JUST TWO MINUTES INTO THE MATCH, LUKE SHAW HAS ENGLAND UP 1-0! #EURO2020 pic.twitter.com/1Qq5e9yjXN

It was the first international goal of his career for Shaw, who plays for Premier League club Manchester United.

As expected, the crowd of over 66,500 at Wembley was quite the scene.

Sunday’s Euro 2020 final featured several English celebrities in attendance, as well as a few American ones.

David Beckham and Tom Cruise appeared to be having fun after Shaw’s opener:

Cruise was spotted earlier in the day at Sunday’s Wimbledon men’s final between Novak Djokovic and Italy’s Matteo Berrettini.

Prince William, Kate Middleton and Prince George also showed up for the match.

Italian fans also played it up for the cameras: