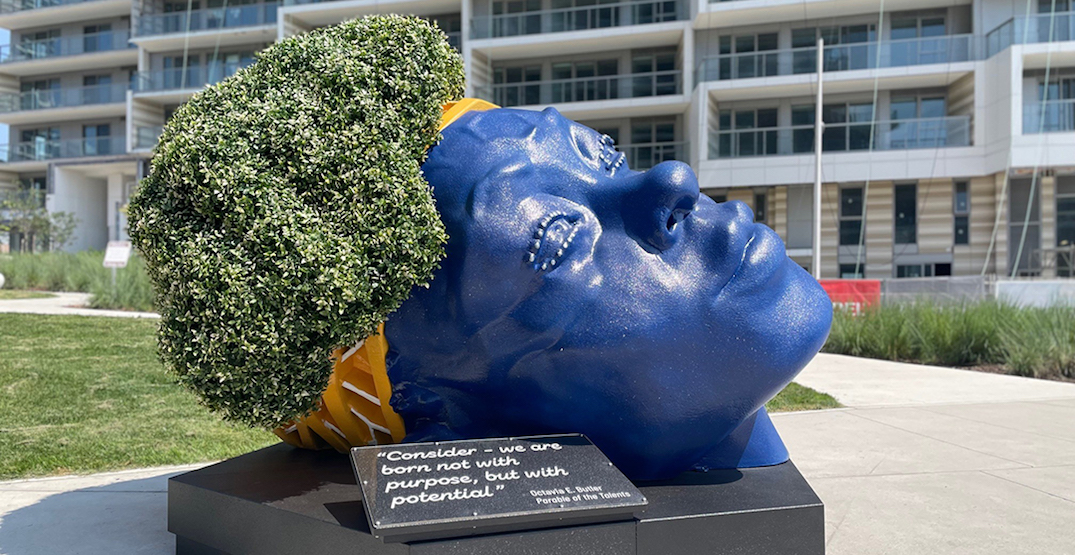 Public art is constantly popping up across Toronto, but the city’s latest addition — a 6-ft-long blue head — is particularly eye-catching.

The larger-than-life art piece, created by the Black Speculative Arts Movement (BSAM) Canada, was installed near the waterfront this week in Aitken Place Park. According to Waterfront Toronto, the piece, called Olamina, is one of three parts of BSAM’s project Earthseeds: Space of the Living — a public art project focused on creating healing spaces for people to consider the seeds they are planting in their own lives.

“Like water, Olamina is an affirmation for an exchange of energy,” said BSAM Canada Co-lead Queen Kukoyi. “She represents regeneration, abundance, and alignment.” 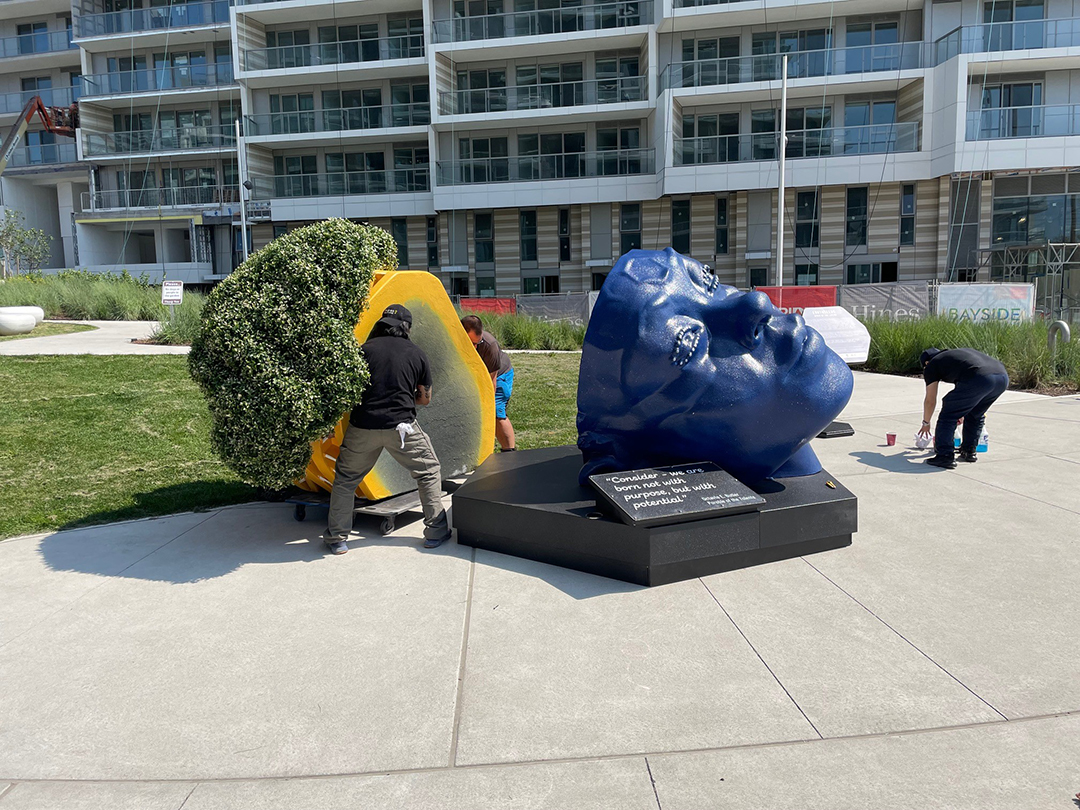 To create such a striking and gargantuan piece of art took a great deal of time and planning. BSAM spent 10 months designing the piece before working on the foam base, which took another four weeks. The foam was then coated and painted, and artificial topiary was attached as Olamina’s hair.

The wooden base of the statue features a quote that reads, “Consider — we are born not with purpose, but with potential” — something that BSAM hopes will help people to stop and reflect.

“I think the way in which the pandemic made us all slow down really created an opportunity to re-evaluate what our purpose is,” said BSAM Canada Co-lead Nico Taylor. “Especially as we emerge into a world that looks quite different than the one we knew two years ago.”