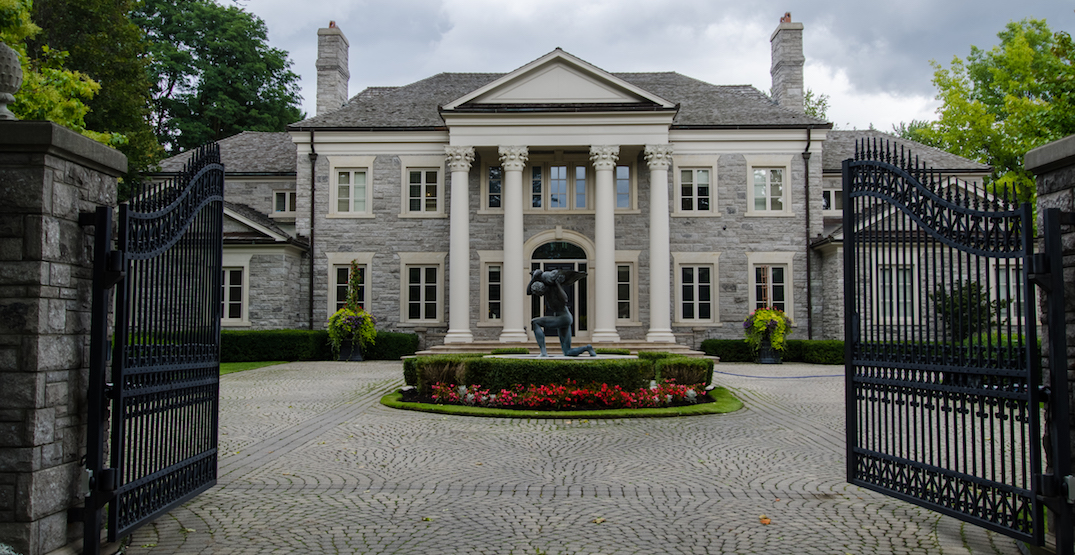 Toronto has become a sought-after city to film in over the years, which has led to some Toronto locations — including a few houses — becoming famous city landmarks.

From Schitt’s Creek to Mean Girls to X-Men, there’s no shortage of hit productions that have turned Toronto homes into iconic must-see spots.

Below are seven famous Toronto houses that you can take a drive or a walk by the next time you’re looking for something to do. It’ll be like your own private movie studio set tour, but for free! 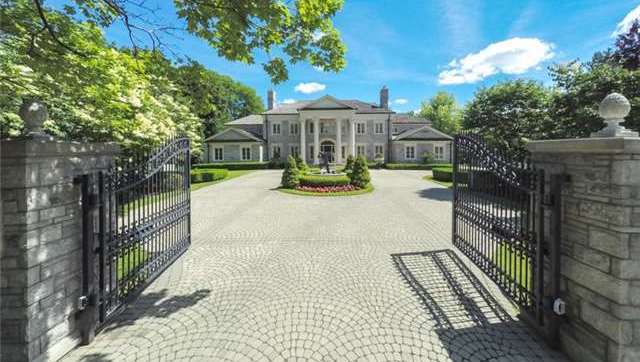 You may recognize this 20,000 sq ft mansion in Toronto’s Bridle Path neighbourhood from the movie Mean Girls. It was used as Regina George’s home when the movie was shot here in the early 2000s. Although the interior is different than what we saw in the movie, just passing by the outside will have you feeling like someone’s about to yell, “Get in loser, we’re going shopping!” at you. 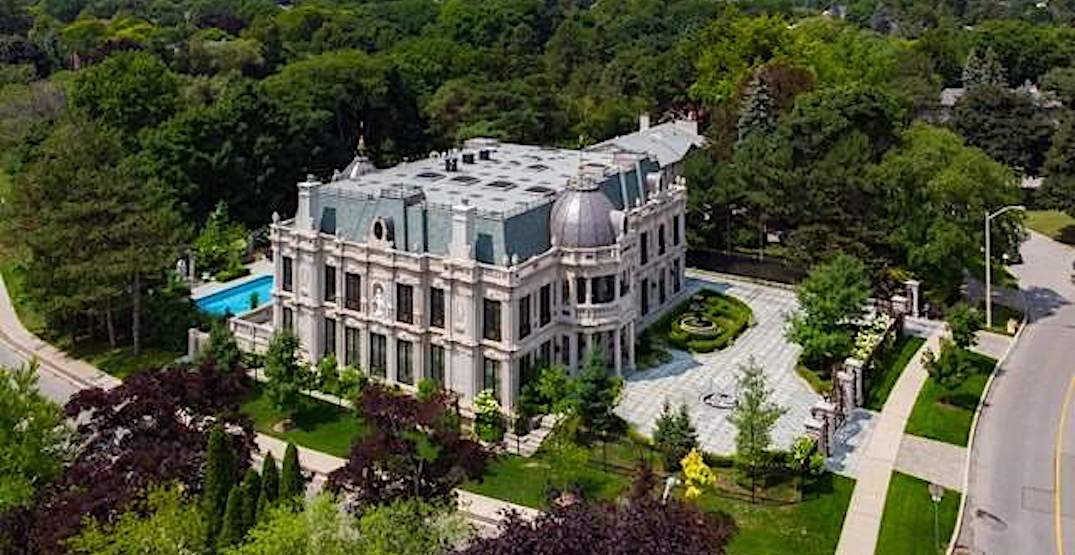 Before Schitt’s Creek‘s Rose family ended up living in a motel in the middle of nowhere, they lived in the palatial mansion at 30 Fifeshire Road. Both the inside and outside of the mansion can be seen in the series’ premiere episode as well as in some holiday flashbacks.

Most Torontonians know that much of The Handmaid’s Tale is filmed in the city, and this massive Bridle Path home (or the outside of it, anyway) is used as the Putnam’s residence in the show. Although on TV it’s made to look like the house is walking distance from the Waterford’s home, it’s actually several dozen kilometres away from their house in Hamilton. 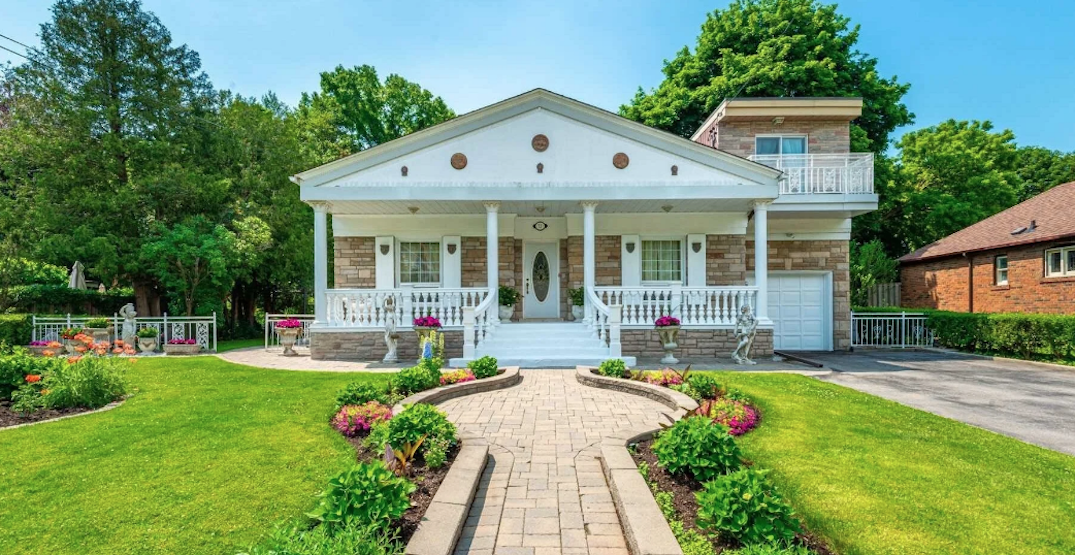 If you watched My Big Fat Greek Wedding and dreamed of getting an invite to a lamb roast on the Portokolas’ lawn, that unfortunately probably won’t happen. But what you can do is walk past the East York home where it was filmed. 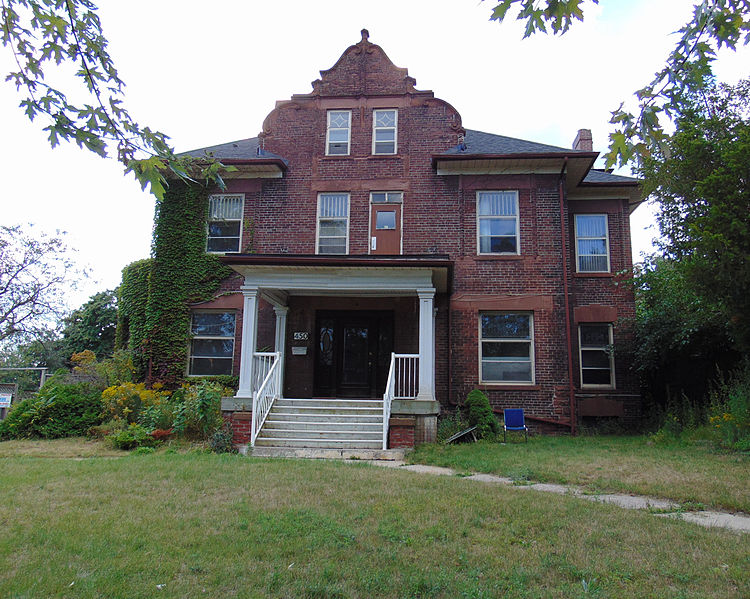 Also known as Cranfield House, this spooky-looking property located in Riverdale has popped up in a slew of Toronto-based productions, including Orphan Black, Designated Survivor, Fahrenheit 451, and, the most scary of all, Stephen King’s IT.

In 2019 it was announced that the then-abandoned, almost 120-year-old house would be renovated and used as the new home of Nellie’s Shelter for Women and Children. 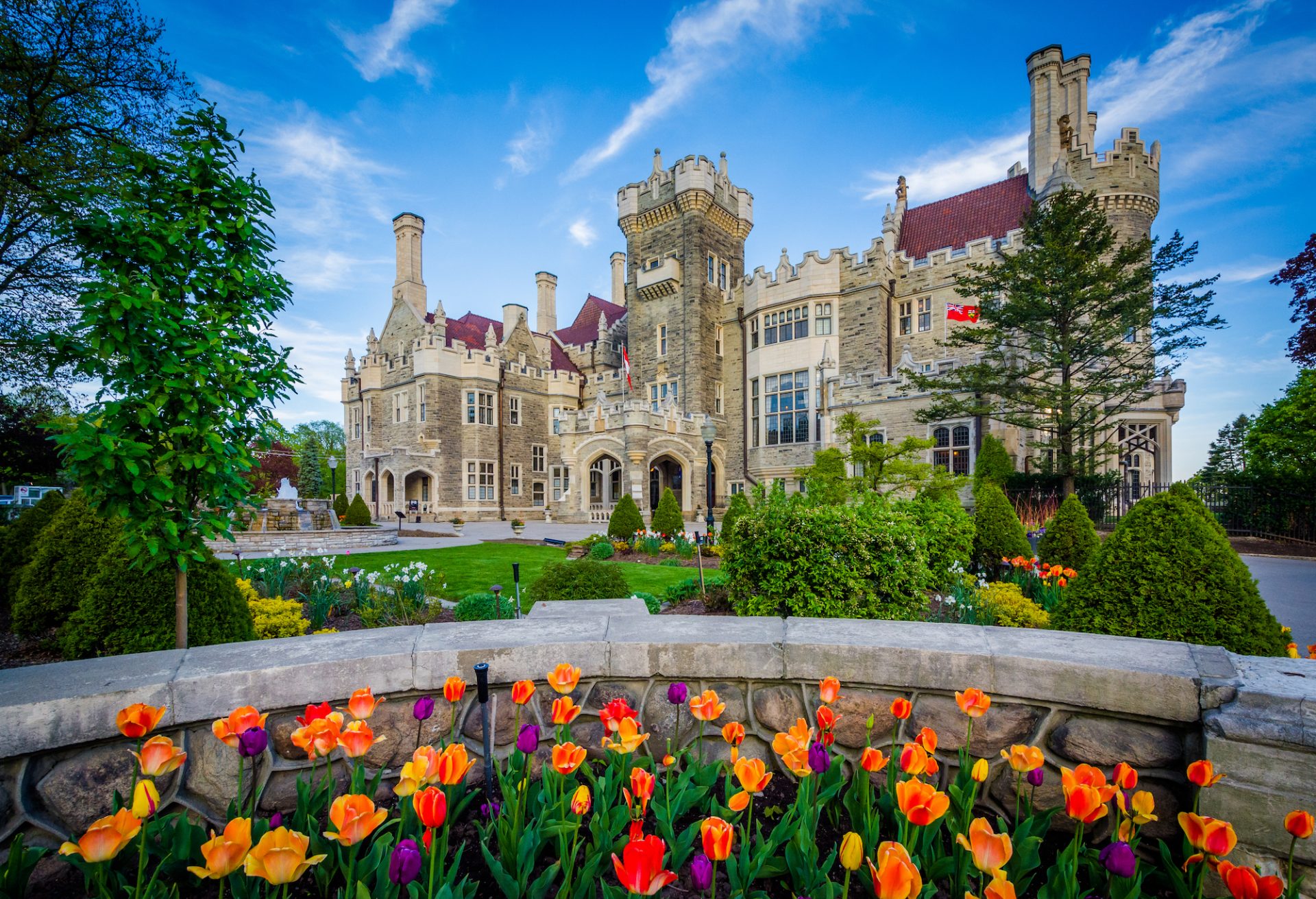 Casa Loma may be famous in its own right just for being a castle, but it’s also made appearances in several big movies from X-Men to Chicago to Scott Pilgram vs. The World, and even Twitches and Twitches Too.

Although it’s not a home anymore, Casa Loma was originally built in the early 1900s as a residence for financier Sir Henry Pellatt. 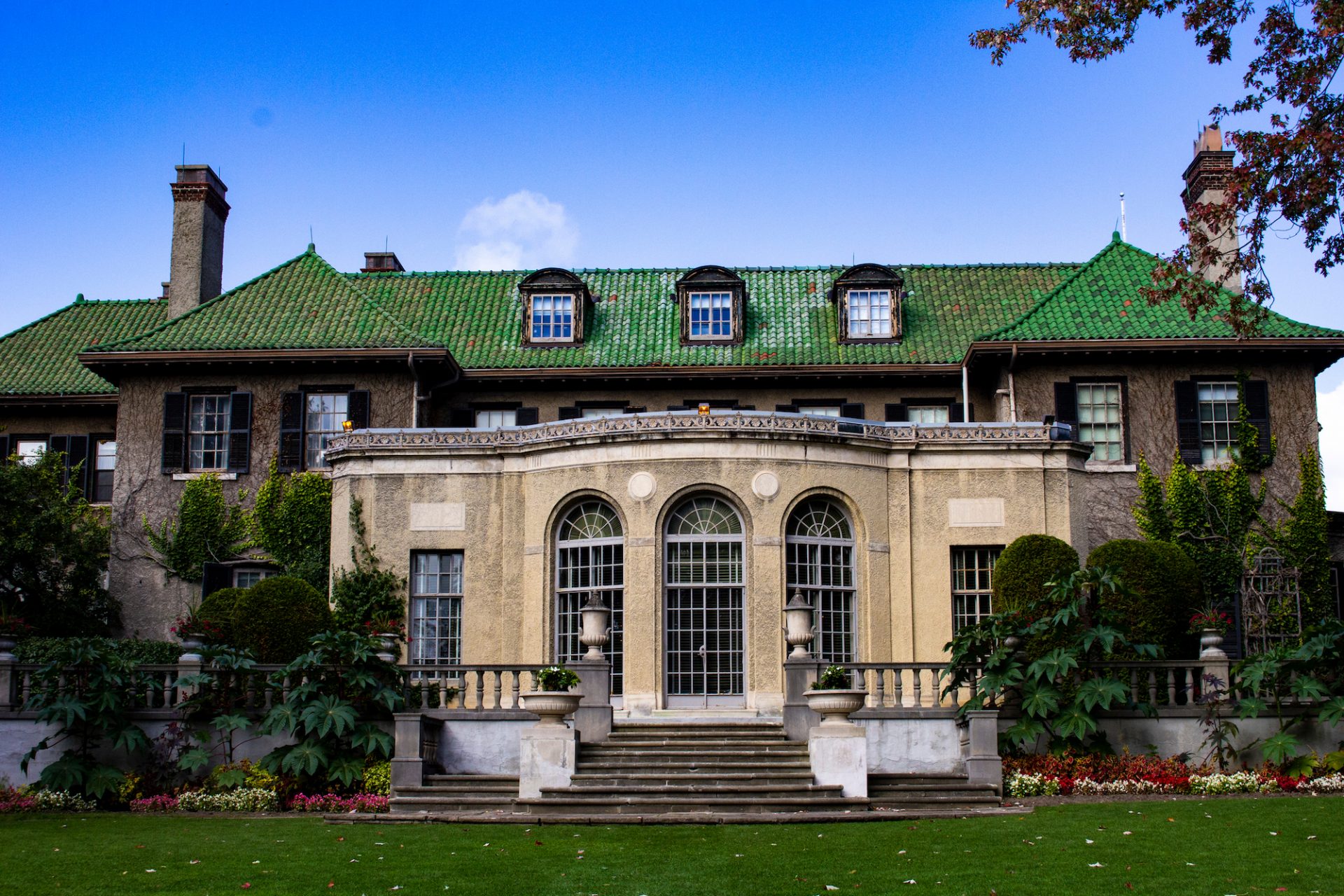 Although technically it’s over in Oshawa, just outside of Toronto, visiting this property is well worth the drive. X-Men fans will recognize it as the exterior of Professor X’s academy for young mutants. The estate, which was the private home of the McLaughlin family until 1972, was also used as a filming location for the TV show Murdoch Mysteries and the Disney Channel original movie Cow Belles.