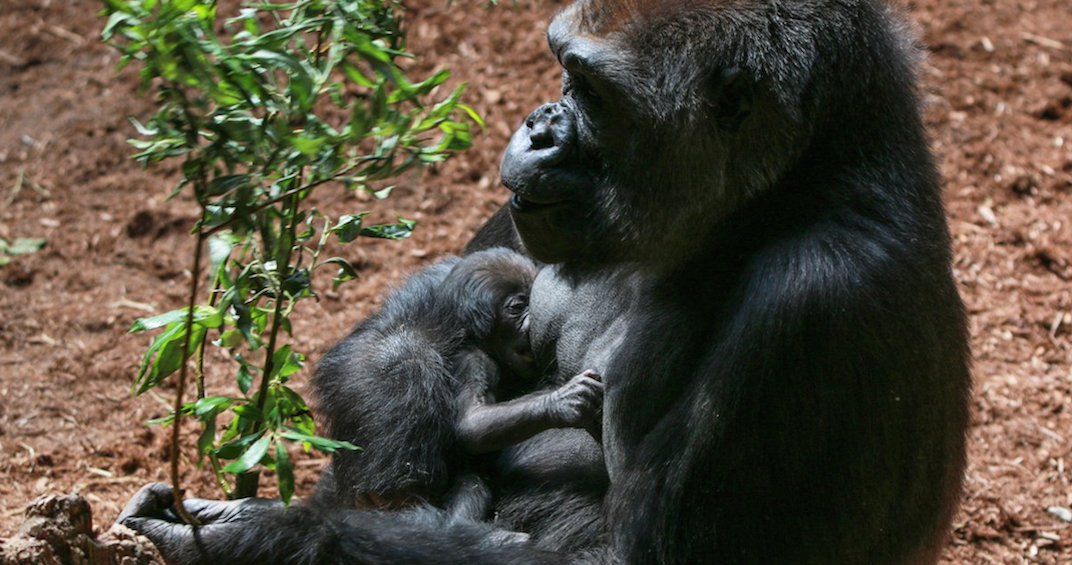 You now have another reason to pay the Toronto Zoo a visit this summer.

On June 7, the Zoo’s 20-year-old female gorilla Ngozi and Charles, a 46-year-old silverback male, welcomed the birth of their adorable baby gorilla.

And the newborn photos are seriously the cutest thing you’ll see all month.

We are excited to announce that Ngozi gave birth early this morning. Both mom and baby are both healthy and doing well, and Wildlife Care Staff will continue to monitor their development. At this time, we cannot determine the sex of the baby as it remains close to mom. 🦍 pic.twitter.com/grqgzZoBn4

Today, the Zoo officially revealed the sex and name of the infant, naming her Charlie after her father Charles. It took Wild Care Staff a week to disclose this information as the baby must remain close to its mom during the first few days of infancy.

This morning we hosted a gender and name reveal for our new baby gorilla. This female baby was born on June 7th, and is named Charlie by Wildlife Care Staff as a namesake of her father Charles, the Zoo’s 46-year-old silverback male. MORE: https://t.co/oYxQ4JRilU pic.twitter.com/eAEG770j6F

Charles is one of the Zoo’s most iconic residents, after arriving in 1974 as an orphan. Over the year’s, Charles has fathered over 10 offspring and is the grandfather to six gorillas.

The Zoo is thrilled with the new female addition, as Western lowland gorillas live in family troops with one mature silverback male, multiple females, and their offspring.

According to the Zoo, “Charlie will be able to live in the family group for many years where she will learn family dynamics from the other females including her older sister Nneka.

You can catch a glimpse of Ngozi and Charlie in the African Rainforest pavilion on your next visit to the Zoo.

You may catch a glimpse of Ngozi and her newborn in the African Rainforest pavilion, however we ask that visitors keep their voices down during this sensitive time. Please note there is no confirmed viewing schedule. 🦍 pic.twitter.com/nv83YaNEp5