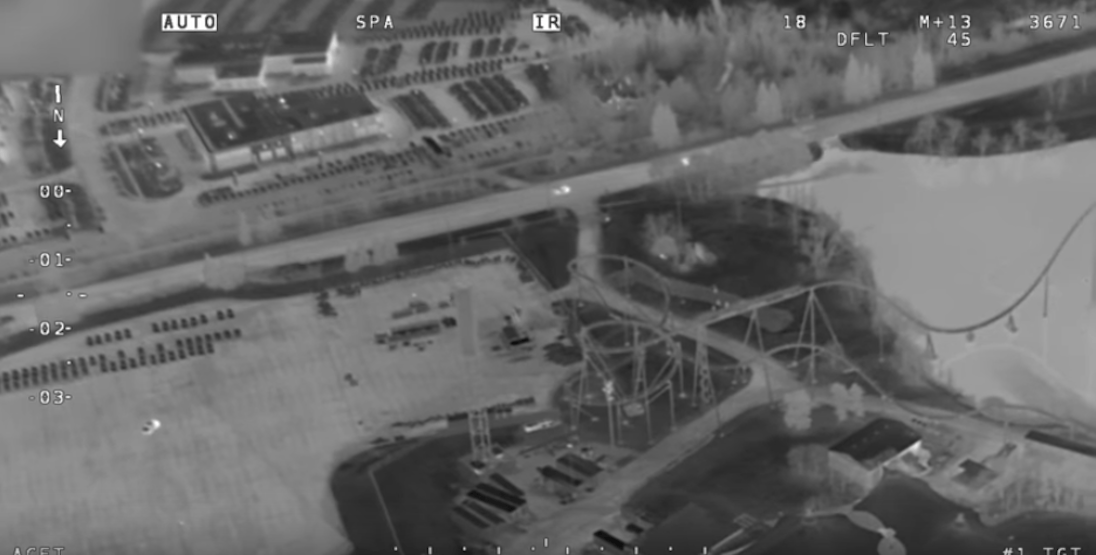 York Regional Police have shared a video of an arrest made over the past weekend.

On April 8, after 10:30 pm, police say they were called by Canada’s Wonderland security after three people were spotted within the closed park.

Dressed in dark clothes with their faces covered, the suspects entered one of the stores and stole candy, according to a York Regional Police press release.

The males then left the store and disappeared into the park.

Police said that the helicopter Air2 arrived on scene and a short time later, with the use of the FLIR camera, officers located the suspects hiding beneath a tree. Officers in Air2 then directed officers with the Canine Unit to the area where the suspects were hiding, where they were taken into custody.

Two 16-year-olds, and one 15-year-old male, all from Vaughan, were arrested. According to police, the three were cooperative with police and were remorseful for their actions. They were each released to the custody of their parents and entered into the Community Referral Program, under the Youth Criminal Justice Act.

Video of this incident captured by Air2 is being released as a deterrent to anyone that is considering trespassing onto private property, stated the police statement.