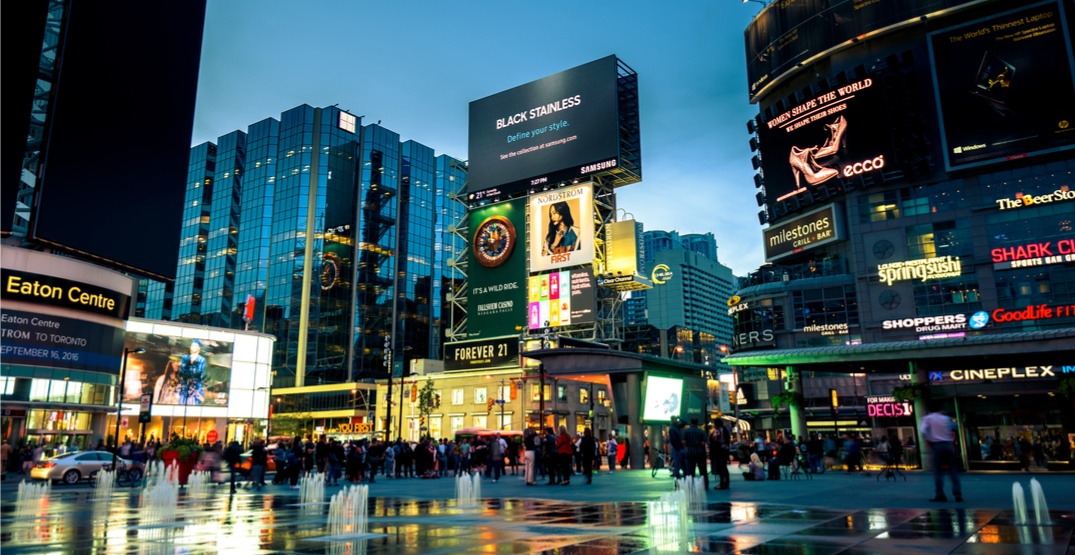 Nothing says summer quite like a block party with all your friends and family.

It just so happens that Yonge-Dundas Square is hosting a massive block party this June to celebrate its 15th anniversary and everyone’s invited.

On Friday, June 8, Much and E! host Tyrone Edwards will be emceeing this epic party which will feature a headline set from rock darlings The New Pornographers.

The party will kick off at noon with Toronto’s House of Virtual Reality taking street art to the next level with live demonstrations of virtual painting, using the square’s new digital signs as a canvas.

There will also be surprises performances throughout the day in addition to delicious food and drinks available from local food trucks parked on-site.

The party continues all evening with live performances from Toronto’s indie-rock gentlemen Secret Broadcast, dreamy synth-pop duo Featurette, and a closing set from The New Pornographers.

“Fifteen years and literally thousands of free events later, the Board of Management and staff of Yonge-Dundas Square are thrilled to celebrate this milestone with all the communities that have made a home at this special corner of the city. Our anniversary block party is a way to say thank you to the everyone who loves our neighbourhood,” said Taylor Raths, General Manager of Yonge-Dundas Square in a release.

“We look forward with optimism to the next fifteen years at Yonge and Dundas with more free events, festivals, and community celebrations.”

The 15th anniversary block party will kick off a new summer programme at Yonge-Dundas Square, which will include free movies and indie concerts and fun activities all season long.